Last Friday morning I got a text message from Jen Kaser, the WHS Shelter Manager. All it said was: “Hi. What’s your plan today?” I knew right then I was about to have a dog adventure. By 12:30 p.m., volunteer Randy and I were on I-5 headed to Hillsboro Airport. We joined five other rescue groups to meet a Wings of Rescue Holiday Airlift bringing 150 dogs from high-kill shelters in California to the safety of Oregon. Wings of Rescue is a group of volunteer private pilots who rescue dogs and cats and fly them all over the western United States. (http://www.wingsofrescue.org). Of course I took my camera.

In addition to Comet and Tink, we had some other great Blog Dog adoptions during the week. 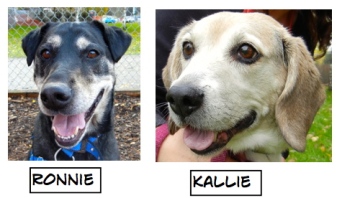 There was one more especially exciting adoption that I want to mention. Remember Cinnamon, the beautiful Shepherd mix who was at WHS so long? When no one was able to successfully adopt her through WHS, she was accepted at Second Chance Salem, a new rescue group started by one of our own WHS volunteers, Angie. Angie fostered Cinnamon until just the right family found her. Staff and volunteers at WHS and Second Chance are so happy that this sweet girl has finally found her forever home.

Sunday’s play group was filled with action due to the large number of new START dogs as well as the four from Wings of Rescue. Here are some of the comments from the morning.

Sparkle is a START dog who won everyone over instantly because of her gentle disposition. She and Rockstar hit it off right away. 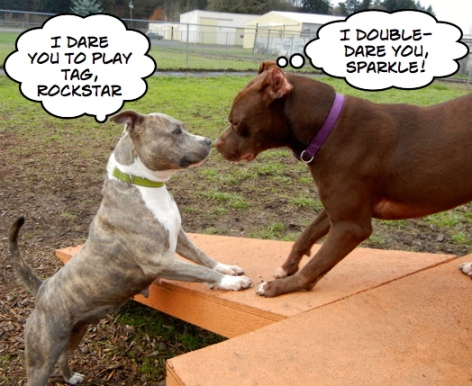 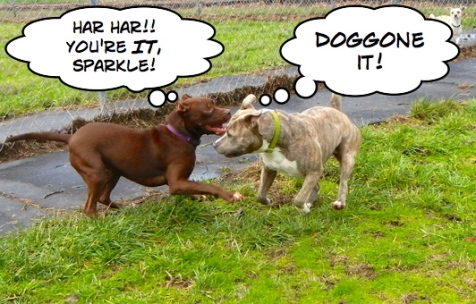 Mary, another START dog, was very shy at first, and Gemini, just off Friday’s plane, tried to comfort her. 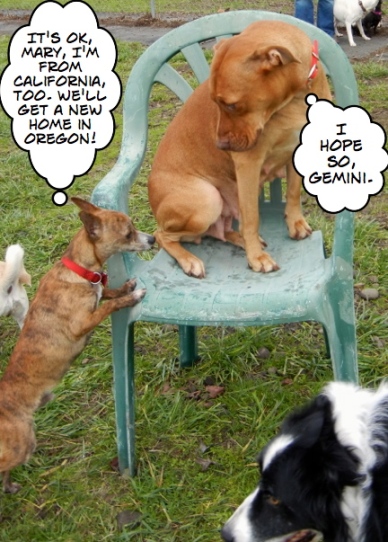 Volunteer Tom looked like the Pied Piper with the little guys.

After play group I met a family who wanted to meet Bella. I had planned to feature Bella on this week’s post, but the family fell instantly in love with her and so instead of writing about her this week, I get to post this picture of her with her new family as they headed home on Sunday.

Also, I got to snap this picture of Wings of Rescue Tink with his new “mom.” Tink is a Christmas present for this family’s little boy.

That brings me to today, Wednesday. First of all, I just want to say that I had the BEST afternoon walking volunteers EVER! Little did the regular walkers and the extras I recruited for today know what I had planned for them and the WHS dogs. Loaded with Santa hats, plush reindeer antlers, and my camera…well, you get the picture. Did anyone complain? Nope! Walkers and dogs all dressed up and posed (though I did hear quite a few sighs from the dogs)! Here are some of the shots. These and the rest I will be making into a musical slide show for next week!

The first dog I saw out was one of my favorites, Rockstar, with Marla. He wasn’t too keen on posing, but thought Marla’s hat was pretty funny! Rockstar is a ten-month-old Lab/Staffordshire Terrier mix who has been at the shelter since September waiting for just the right person with a great sense of humor.

Here Rockstar was later in the afternoon with Debbie after he realized that HE was wearing a Santa hat, too!

Remember the Wings of Rescue dogs from the movie? Here are Gazelle and Gemini again all dressed up with Debbie and Kathy. They are a bonded pair, so need to go home together. They are both two years old.

Here is Elf Larry with one of our new START dogs, Sparkle, a two-year-old Pit Bull Terrier mix who had such a blast in play group with Rockstar. She wasn’t thrilled about the Santa hat and decided to hide under it. 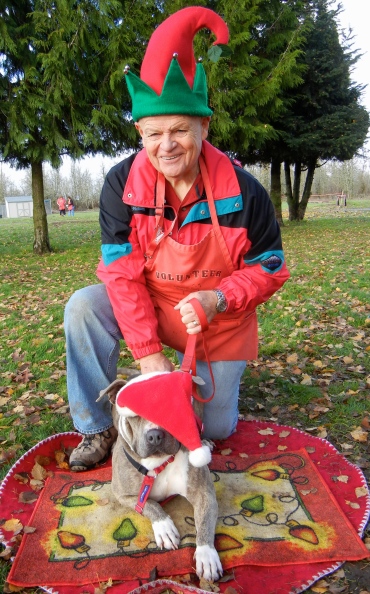 Richard and Bruce spent some holiday time together and Bruce decided he really liked Richard a lot. Bruce is also a START dog. He is a five-year-old Rhodesian Ridgeback.

Pancho really got into the Christmas spirit with Linda. I wasn’t sure how much he’d like wearing a hat, but he didn’t mind at all! Pancho is a seven-year-old Collie/Pointer mix.

This is Dash, another START transplant who is a two-year-old Australian Cattle Dog mix. He is quite shy at first meeting, but Marla gave him some extra attention and he loved it. He even let me put the antlers on him and seemed to enjoy posing. 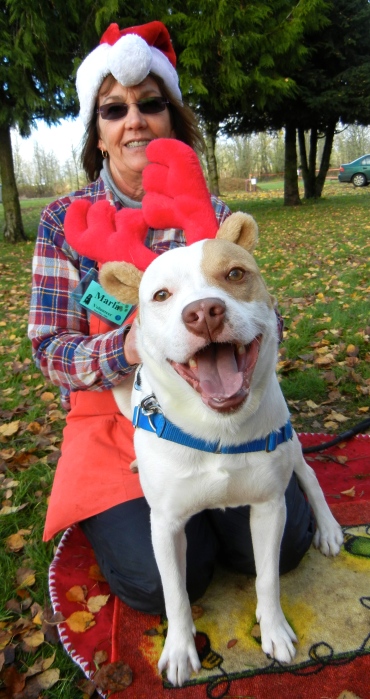 One of Sarah’s favorites is Gus, a long-termer at the shelter. He is eleven years old and is a Miniature Dachshund. Although Gus is an older guy, he still is playful and is hoping for a new family before Christmas.

But of course, every picture didn’t turn out exactly as I hoped. And there were times when I am sure I heard some of the dogs muttering under their breaths… 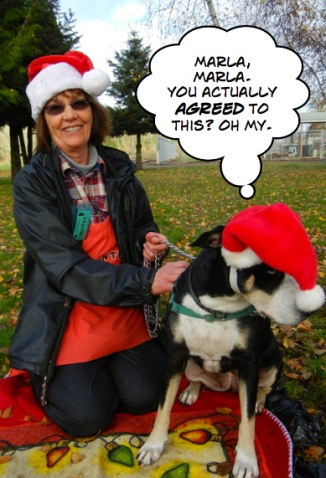 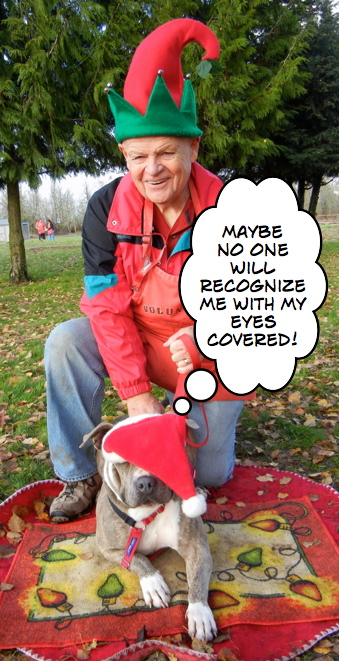 Next week the rest of the adoptable WHS dogs will wish you, our readers, a Merry Christmas! Stay tuned!