There were twelve happy dog adoptions during the last week, and two of them were especially exciting. Here are the Blog Dogs who are in their new homes. 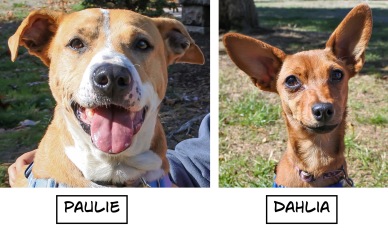 I want to tell you a little more about Icabaud and Marbles’ adoptions. Remarkably, both of these dogs arrived at WHS on the same day—August 24th. Icabaud was a transfer from another shelter, and Marbles was a surrender from a family. Both dogs became volunteer and staff favorites and both waited and waited for their perfect match. On Sunday, I was just about to leave the shelter when I saw an old friend, Sasha! Sasha was adopted from WHS last December. Here she was then.

Of course, I had to take her picture on Sunday as soon as I saw her. Her family had come to see about adopting another dog.

They had met Icabaud the day before and fallen in love with him and so came back with Sasha for a dog-to-dog meet. I was so excited and watched as the dogs met and were fine with each other. It wasn’t long before I was able to take a new family photograph!

After snapping that picture, I saw volunteers Allen and Michelle returning from an afternoon respite with Marbles.

She had had a wonderful adventure investigating the trails around Sprague High School. Later Allen sent me these pictures. 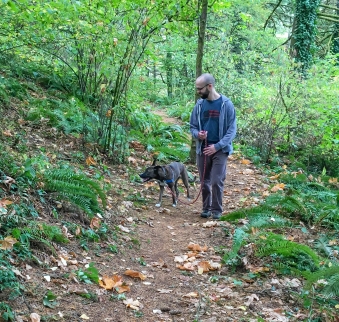 The next afternoon Marbles was adopted! Icabaud and Marbles who both arrived at WHS on August 24th were adopted one day apart two months later.

Linda gave me a bath! Who knew I am actually a white dog?!

After last week’s blog pictures of volunteer Linda’s current favorite shelter dog, McGruff, Linda decided the boy was in dire need of a bath. So after work Thursday, Linda not only shampooed the youngster, but used conditioner as well. She said he did great during the procedure. And he sure looked better afterward! 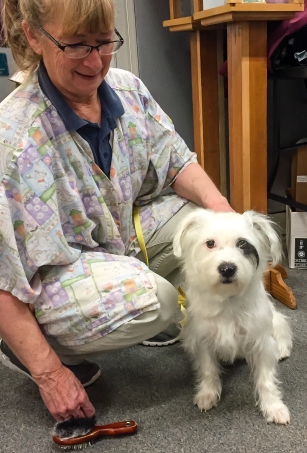 McGruff is a nine-month-old Terrier mix who is full of life and longs for adventures with a new family. He gets along with most other dogs and is a rough-and-tumble player. He knows some commands and would love to take some WHS classes to learn more. McGruff is looking for an active family who will help him grow up into the terrific dog he wants to be. Volunteer Kylie discovered McGruff is a ball dog, although he hasn’t quite gotten the idea of returning it to the thrower yet. And he thinks the more tennis balls the better! Hoping this cute bundle of energy is adopted soon! 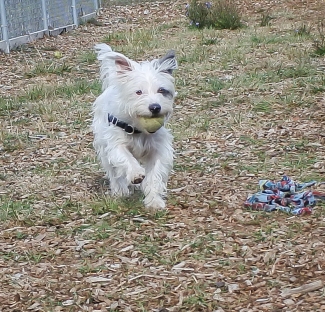 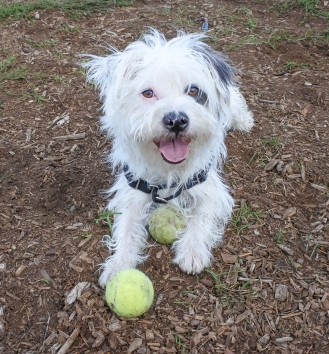 We’re still here and we’re still bonded. We promise to be easy!

Elsa and Anna are Chihuahua mixes. Since they came to us as strays, the only thing we know about them is their devotion to each other. They were quite shy when they first arrived, but have really warmed up to volunteers and staff. Elsa (black) is about six and Anna (blond) is about one. They need to go to their new home together. Anna has a deformed foot (from birth) but gets along just fine. She will, however, try to make a new walker believe she needs to be carried. She doesn’t. These girls will be very easy to have around. They love to snuggle after a walk around the neighborhood. Their adoption price is two for one! I’m hoping to report their adoption next week! Here they were on Sunday with Laslo and Diane. 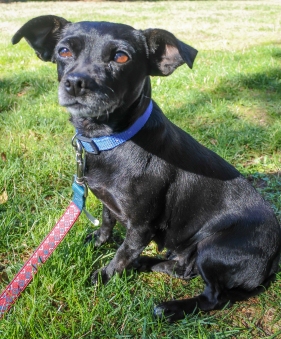 Meet Cedric, a one-year-old, seventy-five pound Lab/Hound mix. This young boy will need a family who is on the go! He is very social with other dogs and has had some training, though he could use additional work in one of the WHS classes. He has youthful energy to burn and his playful, goofy personality is a joy to watch. Here he was with Esme on Sunday.

Here he was the Wednesday before when I first met him and was TRYING to take his profile pictures with volunteer John’s help. He is a stunning dog and it took a while, but I got a few good ones when he stopped being so goofy! 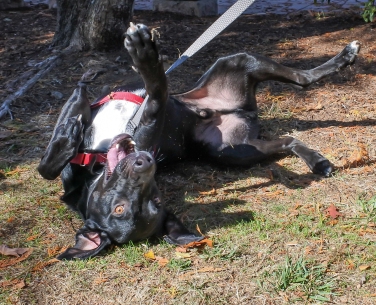 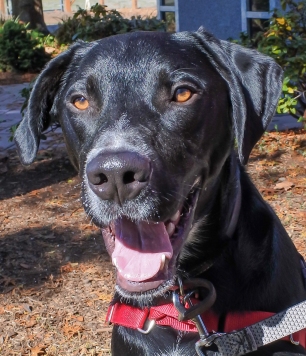 Are you a savvy Shepherd person? Then I’m your new best friend!

This extremely handsome lad is Sherlock. He’s a two-year-old Shepherd mix. Found as a stray, he was taken to another shelter before he came to us. He has now been neutered and can’t wait to go home with his Shepherd-experienced person. This big boy is 75 pounds of dog and is ready to go on adventures! Because of his size and exuberance, he really needs to go home with someone who understands his breed. Sherlock knows several commands and loves hanging out with people. He responds well to calm handling so he doesn’t get too anxious and is treat-motivated. This beautiful boy will make a terrific hiking partner and can’t wait to meet his new best friend. Linda had him out to relax in the yard on Sunday and he loved just being with us. 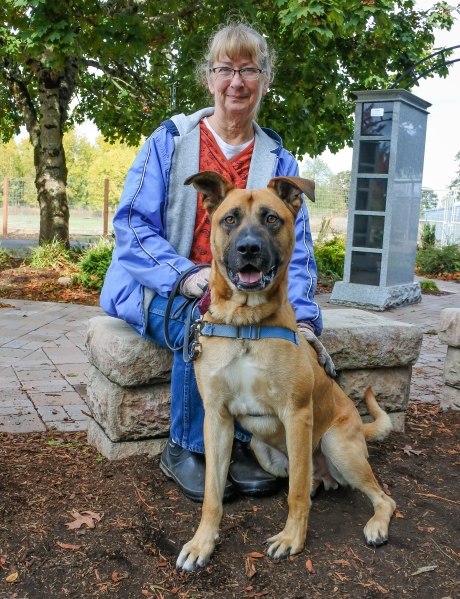 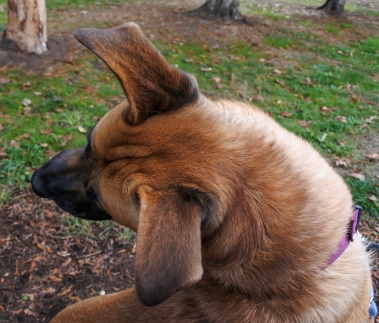 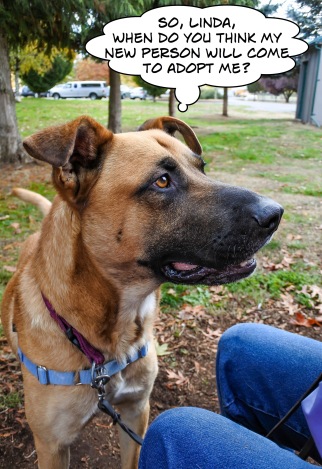 So you think that agility is only for the big athletic dogs? Well, think again!

This adorable little bundle of fur is named Spike. He originally came to us from California last April. He’s a three-year-old Yorkshire Terrier mix. He was a pretty bedraggled mess when he arrived, but was adopted quickly. Spike’s family has had to surrender him, but he came back looking soooo much spiffier with a very cute haircut. On Sunday just after taking pictures of Sherlock, I happened to look out in the field and saw Esme playing with Spike. Here’s what they were doing. How cute is THIS!? 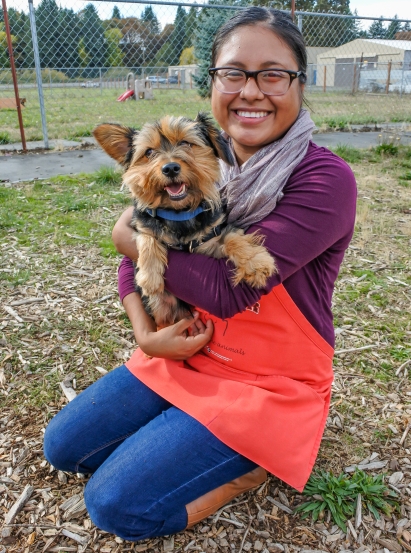 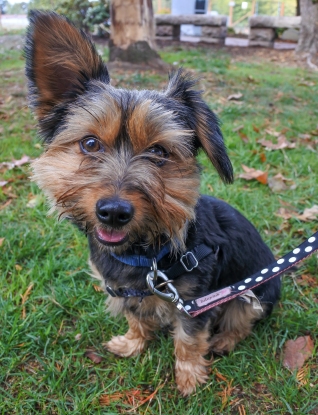 Caroline’s pick of the week was also mine. This is Cece, a three-year-old Pit Bull Terrier mix.

This is Cece’s second time at our shelter. She first came in July of 2012 from California. Here’s a picture I took of her then. Such a sweet little girl! 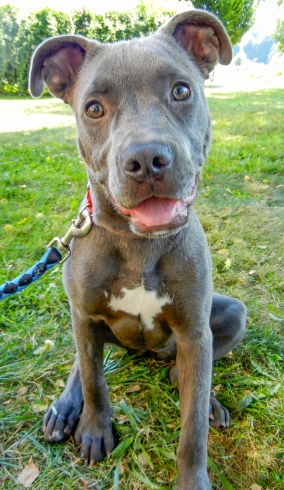 Now all grown up, her family was moving and couldn’t keep her, so brought her back to us to find her another great home, this time her forever one. Both Caroline and I fell head-over-heals for her, me for the second time. Cece is somewhat shy, but it wasn’t long before she had warmed up to us and was relaxed and happy.

See what I mean about being relaxed?

She loves being petted. 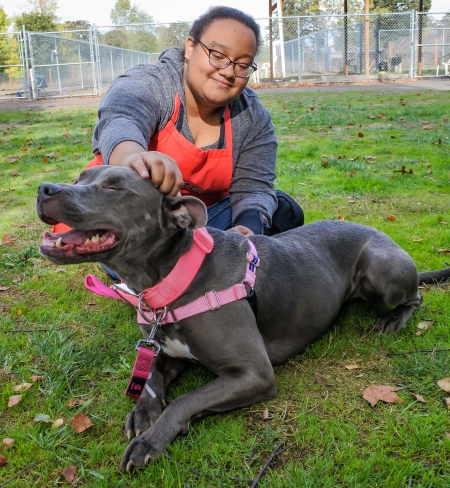 Cece is house-trained and has lived with another dog as well as older children. She needs a refresher class on impulse control (she can be a bit jumpy when excited) and we have the perfect positive reward-based training sessions right here at WHS. 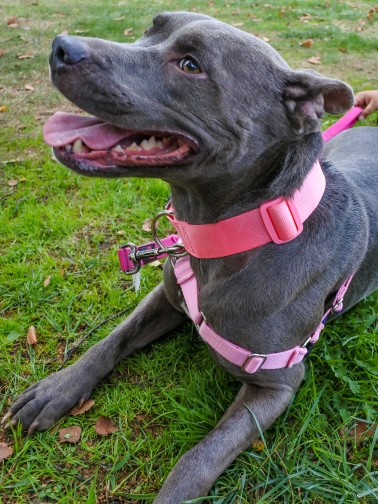 Can you see why Caroline and I were both smitten with this sweetheart? 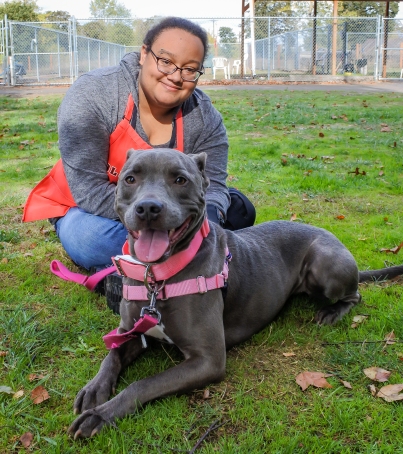 I may be little on the outside, but inside I’m a big dog!

Hermes is a three-year-old Chihuahua mix who is looking for a patient family with older kids. Since he’s a stray, we don’t know about his past, but he seems to love people. He is social around other dogs as long as there aren’t many; if there are, he is overwhelmed. He does need some direction on what is okay and not okay to chew. He likes snuggling in a person’s lap and loved his time on Sunday with Daniel.

He gave me a play bow when I was taking his profile pictures.

You may be wondering why I haven’t yet mentioned Sally in this post after featuring her the last three weeks. Our sweet senior girl hasn’t been at the shelter; instead she’s been on respite with volunteer Tom. Here’s a picture he sent to me today. She has been settling in very well. She’s decided she likes hanging out with Tom. Tom likes hanging out with her. Hmm…

Hoping for many adoptions in the coming days! That’s it for this week!