It’s been an exciting week at Willamette Humane Society! Volunteers and dogs dressed in red and green, Shelter Elves camp kids got their pictures taken with a dog or cat, and the dogs helped me make our annual Merry Christmas video card! But first, there were twelve adoptions during the past week, and here are the Blog Dogs who are going to spend Christmas with their new families.

Tiger Lilly was one of the camp kids’ favorites, so I took quite a few pictures of her on Monday. This one is my favorite. Shortly afterward, she went to her new home.

On Sunday, I was taking pictures of new arrivals when an excited Marianne came to get me to take a picture of a fantastic donation to the shelter. It turns out this young lady, Kendra, and her family, adopted Dodger, a Beagle, in July of 2014. Kendra loves him so much and wanted to thank the shelter for giving her such a wonderful best friend. Here she is with her family’s amazing gifts for our dogs and cats! And that’s not all! Kendra has issued a challenge to her parents’ FB friends to donate to WHS this holiday season! Thank you, thank you, Kendra! Oh, and there will be a Dodger update at the end of this post.

Koda, one of our longer residents, having arrived at WHS on November 7th, got to be Jolene’s swim dog last week. Jolene wrote this glowing report about her.

“Koda is a five-year-old smooth Fox Terrier mix. She had a wonderful afternoon today because she got to go to swim class at Bailey’s Journey. She rode nicely in the car and was friendly and curious toward others (people and dogs) in the pool area and at the pool itself. She walked right up to the water, but after getting her life vest on, had to have help getting into the pool. The first swim, she was a little hesitant, but by the second and third times in the pool she was swimming like a champ (and is quite a fast swimmer). She was able to climb up the steps and out of the pool by herself. She was very well-behaved and didn’t mind having the life vest put on and being towel dried after each swim. She seemed to really enjoy her outing today.

“Koda is also very smart. Linda C, longtime volunteer, and I worked with Koda for a bit in the training room before swim, and Koda knows wait, sit, down, and is working on leave it. She also willingly did some obstacle work (for treats of course). She would love to have a job to do, or possibly some agility training. Did I mention she is very smart? Lovely dog!”

We’re all hoping Koda will be adopted very soon! 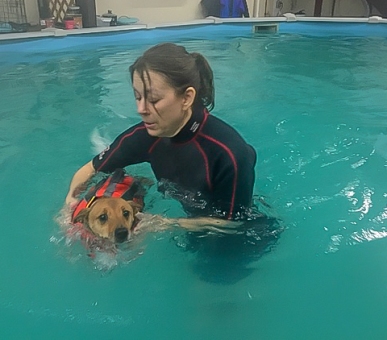 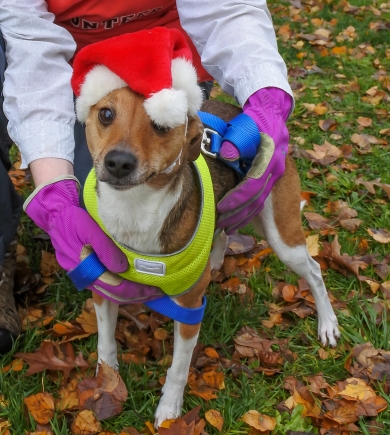 I’m a senior looking for a retirement home, and I’ll be your best friend, EVER!

Wallace is a seven-year-old Miniature Dachshund mix. He was adopted from us in 2013, after he had been found as a stray. Recently his person died and so Wallace is again back at the shelter. This sweet boy is as gentle and calm as he can be. He just wants to be with his peeps. He won’t be much trouble and will be a devoted family member. He’d like to be adopted by someone retired or with older kids, as he’s not a pup anymore. He’s had some sadness in his life and I’m so hoping his future will be bright with a loving forever home. Here he was with Linda on Sunday, and he even helped me practice for Monday when I took pictures of WHS’ Winter Break Youth Camp in the photo room. 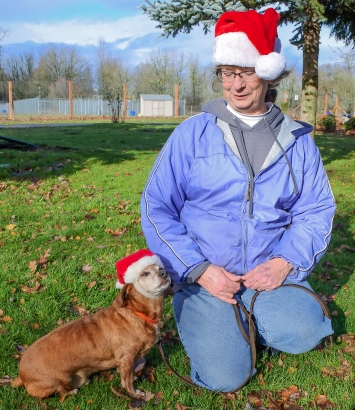 I’m a senior, too, waiting for my forever home.

Bo is another of my current favorites. He is an eleven-year-old Hound mix. Bo was adopted from WHS in 2005. He came to us this time from another shelter after he was found as a stray. He is quite shy at first meeting, but warms up quickly. He is a little happier than when he first arrived at the shelter, and has a spring in his step, but he still is quite sad. I asked him to pose with Caroline for my practice session in the photo room. We’re so hoping he’ll have a real forever home soon.

Yes, I have opinions. Doesn’t everybody?

Ira is a one-year-old Dachshund mix who has THREE holds and will probably be going home tomorrow after being neutered. But I wanted to include him in this post anyway, because he is such a character, a big dog in a little body. Here he was with Marianne on Sunday.

Elliot is an enthusiastic, sixty-seven-pound one-year-old Lab mix who is looking for a special home. He’d like potential adopters to know that he is house-trained, but is still working on his basic skills. Luckily for both his new peeps and him, a WHS training class is included in his adoption package! This youngster is looking for a cat-free home as well as one without small children, as he doesn’t like to share his food or toys. While he would enjoy having dog friends to romp with, he’d like to be the only dog in the family. Elliot loves to play fetch and would be a great candidate for learning dock diving or agility work since he can easily jump a four-foot fence. Caroline fell for this energetic boy instantly. We’re hoping Elliot won’t have to wait too long for his perfect person fit. 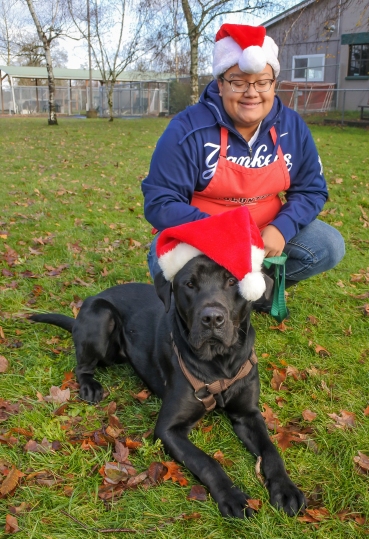 Looking for a dog with spunk who is also loving? Look no more!

Meet Polly Pocket, a two-year-old Chihuahua mix. This is her second time at WHS. She was adopted last February, but was found as a stray and came back to us through another shelter. Polly is a little shy at first, but what a cooperative poser she was for my practice session! She is house-trained and would do best with older children or just adults. Here she was with Caroline. She is so cute, I’m amazed she hasn’t been scooped up already.

Here is our annual video Christmas card to you!

I had a terrific time taking these pictures of the WHS Winter Youth Campers. They are great kids who will care about shelter animals as adults. 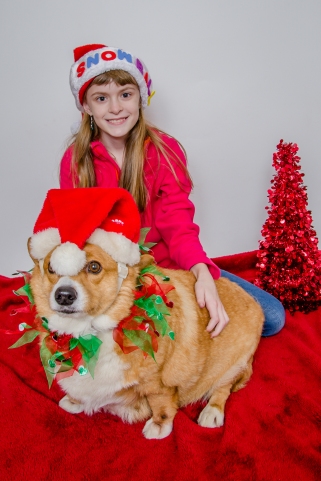 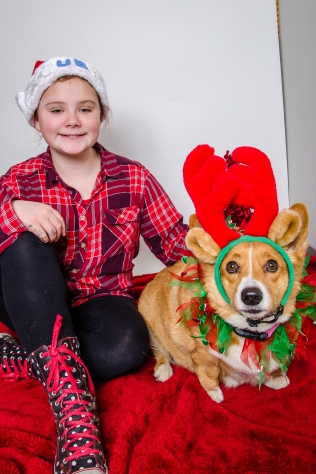 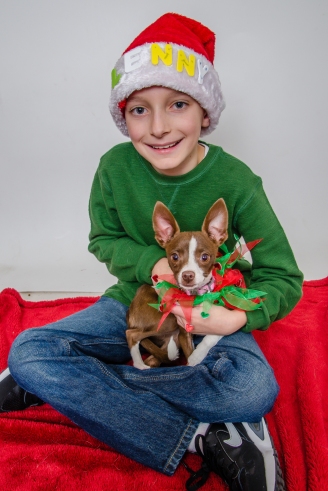 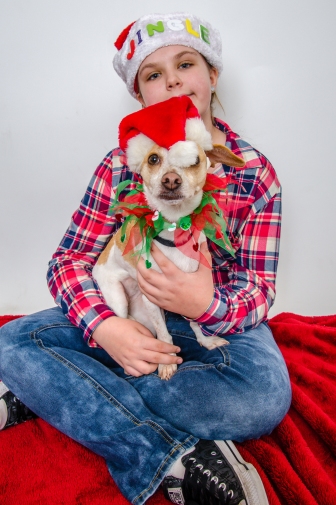 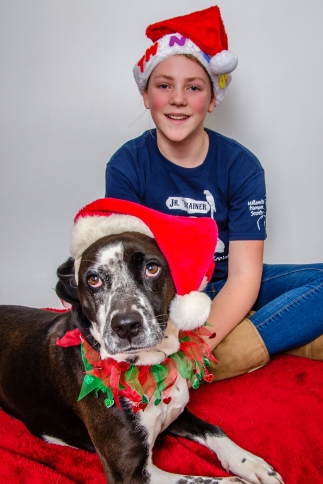 I have some TERRIFIC updates to pass on!

You’ll remember from earlier in my post that Dodger was the reason WHS received the wonderful donation from Kendra’s family. Here was Dodger when he was still at the shelter.

This is the update from his family.

“Here are a few pictures of Dodger. The first one is when we took a long week camping trip.  We went up the Oregon Coast. The second one is in front of the Christmas tree this year. The third one I just had to send. It was when we also went camping and you can see he is DOG TIRED. The last one is when we all went fishing at Lost Creek down in Southern Oregon.  We went on the boat and he did great, he loved the wind in his ears. We drive down to Grants Pass a lot to see my in-laws and he loves to go.  He is very good on the drive.  He has adjusted very good here.  We have been told by other people that Beagles are tricksters but with him that is not a problem. He has two acres to run. We adopted him on July 26, 2014. He is very happy.”

I was very pleased to get another update about Dakota. I think it’s safe to say he is settling well into his new home!

“Dakota enjoys long walks, sprinting in the back yard, tediously pulling the stuffing out of his stuffed animals, car rides, and SLEEPING. Our kitties are warming up to him slowly but we are already in love. This sweet boy is the perfect addition to our family.”

Pal continues to enjoy being loved by his new family. We are so happy for this boy to finally have a forever home! Think he’s learned to relax?

Hoggie was one of my all-time favorite dogs. He came to the shelter on May 5, 2012. I immediately fell in love with his big head and happy-go-lucky personality.

I spent as much time with him as I could and he became my teaching assistant for groups of kids. Here’s what I wrote.

“When planning for this week’s six sessions of first graders, I decided that Hoggie would be a perfect new assistant, and he was. He charmed everyone with his wonderful manners and personality. He showed the kids how to meet a dog safely and performed all of his skills eagerly for them (and for bits of cheese, his favorite treat).  On Monday he was so tired by the middle of the third  session that he fell asleep with his head in my lap while I  was talking about him to the students. On Tuesday he  didn’t fall asleep, but was ready for a quiet relaxing time  with me after the kids left. We debriefed over some cheese  and I told him I was very proud of his presentations. I was  especially pleased that even though at first a few of the  kids were a little nervous around such a big dog, by the  end of each session, Hoggie had won them over with his  gentle ways and his comical roll-overs. Their smiles as  they petted him made me feel so good!”

I began to worry about Hoggie as the weeks went by and he wasn’t adopted. I could  tell he was getting stressed in the shelter environment. Then at the end of May, he was found by his forever family and I was over the moon.

Here is his family’s update:

“Hi! I can’t believe I have not written you about Danner in years! He is still doing great! He is currently living in the same forever home that he first went to after the shelter. I originally adopted him when I was living temporarily at my parents’ house, so that was his first home and I was his first adoptive owner. Since then, he has traveled with me to live in Beaverton and Bend! He is back in Monmouth now with my parents and has been for a couple years. We just decided that was his forever place and he couldn’t be happier!!! My parents absolutely love and adore him like their own child (they’re empty nesters 😉 )!! He is so spoiled and has brought so much fun and joy to our whole family. Every time I talk to or see my parents, they tell me a new Danner story. :)”

On that happy note, that’s it for this week! Enjoy the holidays!