It’s been a HOT week in Salem and the dogs and dog walkers have taken it slow and spent a lot of time in shade under the trees. But even with the heat, we had some quality time with our shelter dogs.

I’ve been here a while, but I’m hoping to go home with a new family soon!

Rocket is a three-year-old American Staffordshire Terrier mix who is an enthusiastic, happy-go-lucky dog waiting for the right person to adopt him. He is house-trained, has some skills, and has been working with our Behavior and Training Team to learn some impulse control and refine his manners. This goofy boy forgets how big he is sometimes in his eagerness to make friends, so he’ll need a family with kids thirteen and older. He is a social, rough and rowdy player with other dogs, so if he goes home with a sibling, he’ll need one with a similar play style and size. On Sunday I happened to see volunteer Walt out in the big yard with Rocket. By the time I arrived, Rocket was already tired from playing, but he was happy to show me how much he loves his favorite toy.

I may not look like it, but I’m really a BIG dog!

Fletcher is quite a little fellow. He’s a six-year-old Chihuahua mix who arrived at WHS from another shelter, so we don’t know his history. However, he’s a fun-loving little guy who enjoys my cheese bits, so should be a breeze to train. He has had several people interested in adopting him, but when he met the other dogs in the families, Fletcher was not the right fit. He seems to think he should be the boss and it doesn’t matter if the other dogs are bigger than he is. He does love people, however, though he can be a bit sensitive to handling. Marianne and I spent some time with Fletcher on Sunday in Mary’s Place and we both found ourselves smitten. We’re hoping his perfect family is found soon! 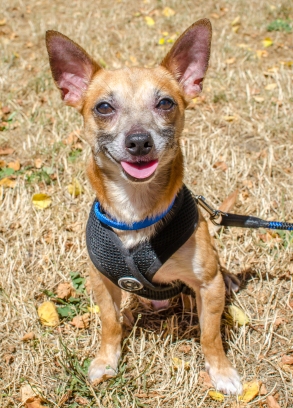 Yes, I’m still here. Yes, I’m doing fine, but I sure would like to find my forever home.

I’ve written about Rosco so many times, but I’m hoping that just maybe his perfect fit of a person might be reading my blog for the first time ever, and discover him. Rosco is a four-year-old Dutch Shepherd mix. His ideal home will be one where his people are experienced and interested in continuing his rewards-based training and who will give him physical exercise every day. He can be a bit picky about his dog friends, but does enjoy playing with ones he likes. Rosco is incredibly smart and has learned so many polite behaviors from his work with our Behavior and Training Team. He loves walks, playing fetch, and toys. He’s a very social guy who greatly enjoys humans—teenagers and above. Rosco is one of my all-time favorite dogs. He’s been waiting for his new person since October. He continues to get a ton of attention at the shelter and many outings to parks. He is as content as possible in the shelter environment. But it isn’t the same as having a family all his own. 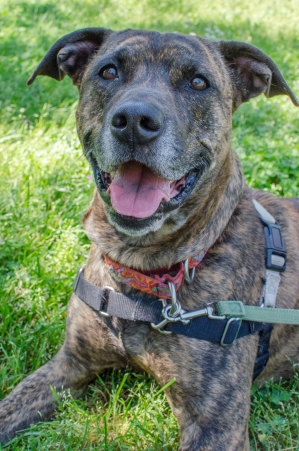 Here he is with Francis, one of his favorite volunteers.

Here are two movies I’ve made about this amazing boy.

Our sweet Coco is still waiting for her forever family. She is an eight-year-old Retriever mix who needs to be the only dog, but what a wonderful people dog she is! Here she was on Sunday with Amy. If you missed her movie in last week’s post, be sure to watch it!

Snapple is an Australian Cattle Dog mix who is one year old. He’s a happy character who also needs to be the only pet. But what a joy he will be! Here he was with Glenna on Sunday, 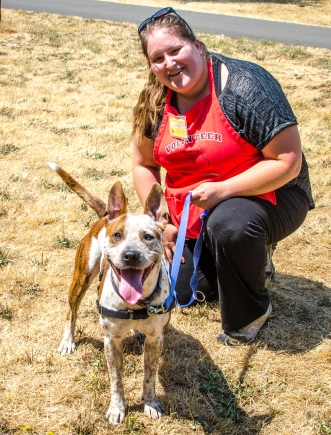 This adorable little girl is Slinky, a mixed breed (wanna guess what?) who is one year old. She has a little cold, so was hanging out in the ISO yard with Marianne on Sunday. She’s a total lap dog! 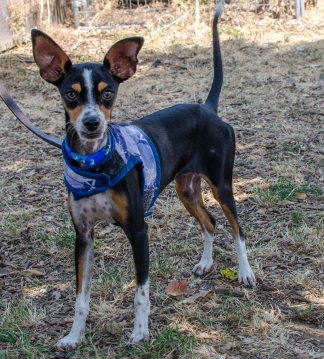 Shy Fizzy is an eight-year-old Whippet mix who is trying to gain more courage. She really liked spending time with Diane. 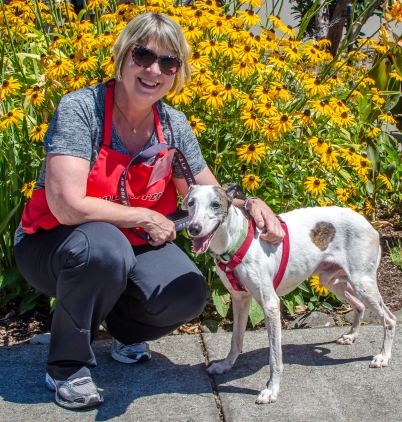 Our boy, Bogart, is still waiting for his new family and while he waits, he’s learning new skills with our Behavior and Training Team. He had fun with Walt Sunday afternoon. 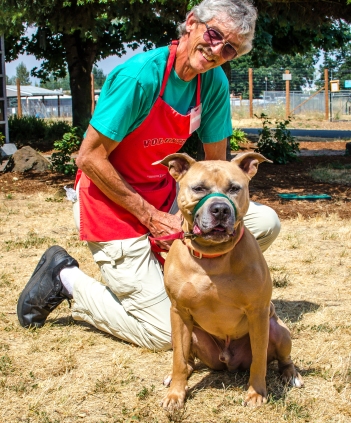 Durango is a two-year-old Shepherd mix. He also is working with the Behavior and Training Team. He’ll need to be an only pet. Here he is with one of his trainers, Jolene. What a handsome boy he is!

On a personal note, I’m taking a short jaunt to Casper, Wyoming for a few days, so will not be posting next week. So I’ll see you again on August 23, hoping that all of this week’s dogs will have found their new homes. 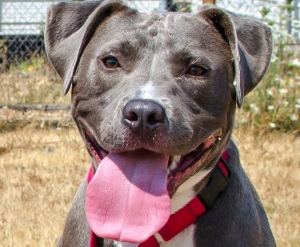