Here is a photo of Bogart on his way home with a delighted new family, sent to me by WHS staff. 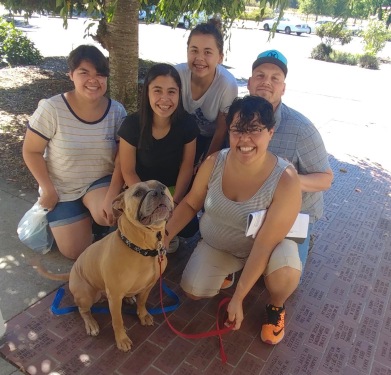 Because Rosco was our longest resident, waiting since last October for his perfect fit of a person, he got to have a going-away party with lots of his many fans in attendance. If you are a regular reader of my posts, you have seen Rosco numerous times in pictures and movies over the last ten months. And so it seemed fitting that I made a farewell movie about him.

Laura, Rosco’s adopter, is a dog walker on the Wednesday evening shift. She had been one of his walking buddies over the many months, so knows our boy well. He is a very lucky dog.

Waiting for a dog who will keep you exercising and active? Come and meet me!

Batman is an energetic, goofy, affectionate three-year-old mixed breed dog who was found as a stray. He can be quite bouncy in his kennel because he is so excited to see you, but once outside, he is eager for treats and praise for being a good boy. 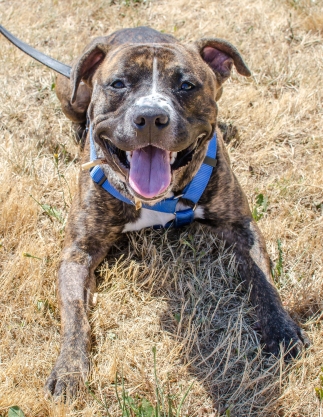 He knows several commands including sit and down, and will be a quick learner for more. Batman LOVES to play fetch and will happily return a toy or ball for a treat. But what does he love MOST of ALL? The POOL! Playgroup supervisor, Jessi, sent me these pictures and video from Sunday. 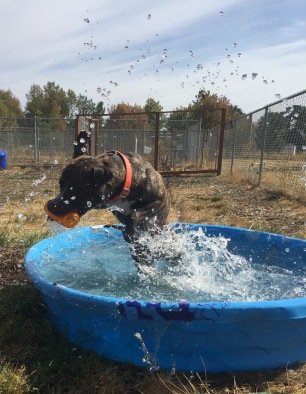 Batman is a delightful, active boy who is looking for a home where he can be the only pet with children thirteen and older. 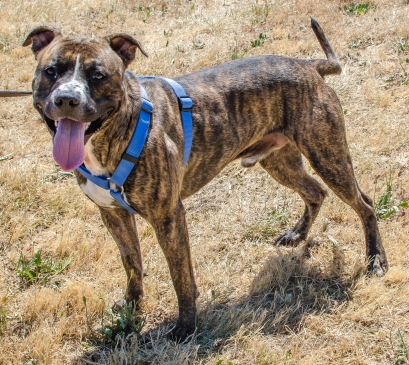 Here he is with two of his fans, Jolene and Marianne.

We’re hoping Batman won’t have to wait long for his forever home.

I’ve been here a while and my friends don’t understand why. They say I’m a great dog!

Coco is an eight-year-old Retriever mix who arrived at the shelter in early June. She is eager, smart, affectionate and LOVES people. She does well with children eight and older and is so young at heart. Coco likes relaxing with her peeps on the couch, but also enjoys going for walks and working for treats. She happily learns new skills and is very attentive. Her manners are excellent and she is house-trained. She’s been adopted twice. The first time she got sick and was returned (she’s fine now!). Her last adopters said she is a great dog who listens well, but because they had a cat, they had to return her. Coco needs to be the only pet, but what a wonderful friend she will be! We hope a new family will see what a gem of a dog she is and take this sweetheart home soon!

Coco enjoys hanging out in Mary’s Place with Marianne and me.

Caroline is one of her many fans, too. 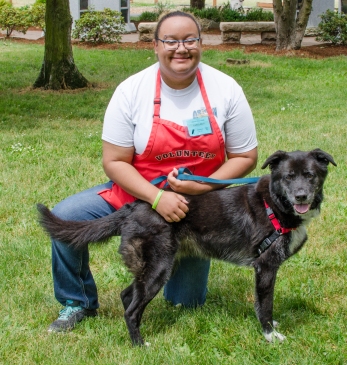 Here she was today with Marianne.

I’m a happy-go-lucky guy with a ton of love and energy! I promise to keep you active!

Snoopy is a two-year-old Pointer/Retriever mix who came to us from our partner shelter in Hawaii. I fell for him when I took his profile pictures upon his arrival at WHS. He was quickly adopted, but sadly had to be returned when the landlord changed the rules where his family lived. But his former owner reports that Snoopy did great in the home. He is house-trained and knows some basic commands like sit and shake. While Snoopy can be very exuberant and excited, he can settle down and walk nicely on leash. He is good with kids, but because of his enthusiasm, he is suggested for kids thirteen and older. Snoopy hasn’t had the chance he deserves to be a forever family dog. He is smart, eager, and loving. He’d like to take some of the WHS classes to further his skills. We’re hoping a new family will soon scoop him up for good!

Ayla really likes him, too! 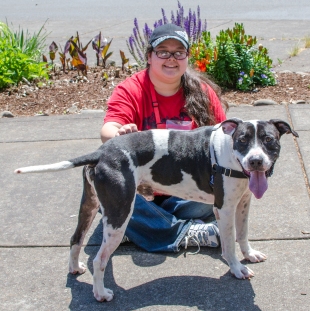 Caroline is another fan of this goofy boy. 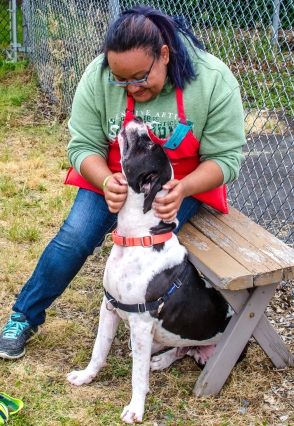 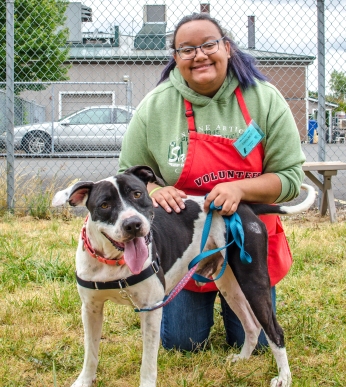 This afternoon Caitlin and Marianne took Snoopy into Mary’s Place for some fun. I stopped in for a few minutes. What a fun, goofy boy!

Rider is a one-year-old Lab/Rottweiler mix, and Marianne is one of his biggest fans. 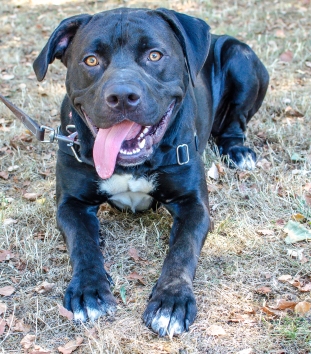 Freckles is a five-year-old American Staffordshire Terrier/Australian Cattle Dog mix. She is a delightful girl with a wonderful smile. Mona enjoyed her time with Freckles this afternoon. 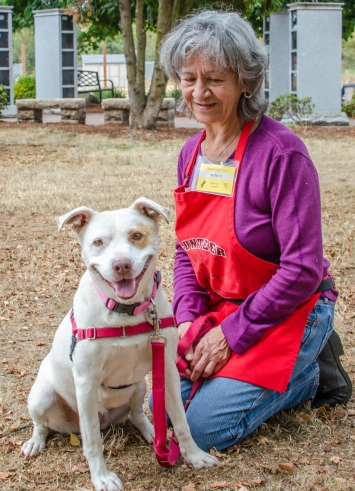 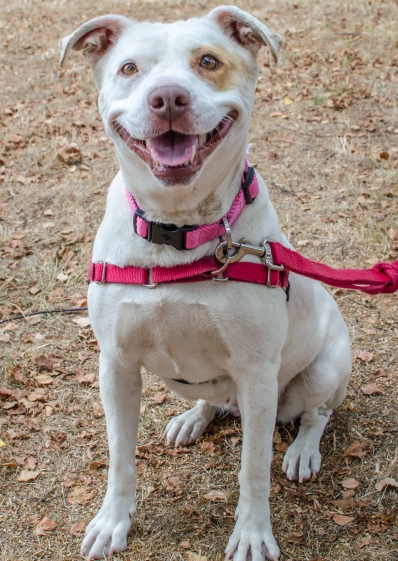 Durango is a two-year-old Shepherd mix, here with Jolene, who is helping him learn some new skills. 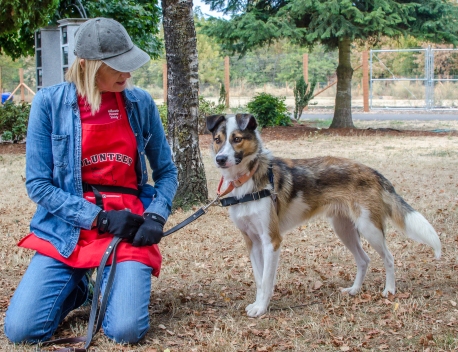 Cinder is a two-year-old Chihuahua mix. He is a bit shy and will need an understanding family to help him gain confidence. Here he is with Marianne. 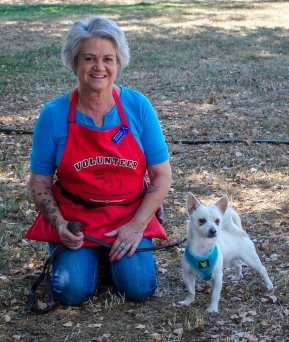 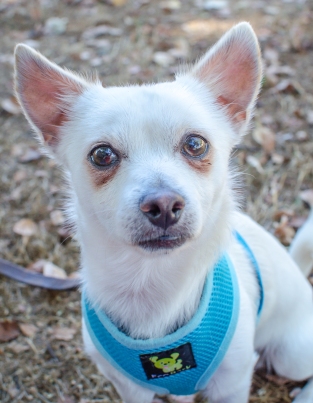 When I arrived at the shelter this afternoon, this was the first dog I saw! Meet sweet Maddie, a two-year-old Black Russian Terrier. Caitlin had already fallen head-over-heels in love with her when I met her.

She wasn’t quite sure what to think of my camera at first. 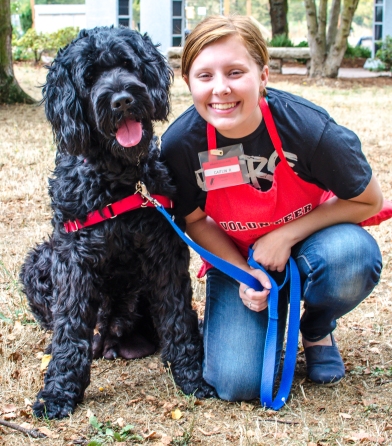 Bailey is a ten-year-old Dachshund who is looking for a retirement home. No surprisingly, Kathy fell for this sweet senior. 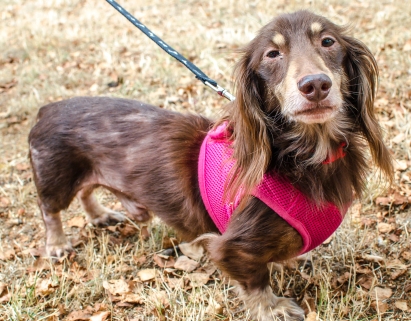 Rocket, a three-year-old American Staffordshire Terrier mix enjoyed sitting ON Jolene more than beside her!

This handsome boy, Alcon, is an eight-year-old Shepherd mix, also looking for his retirement home. He became an instant favorite for Marianne and Caitlin. 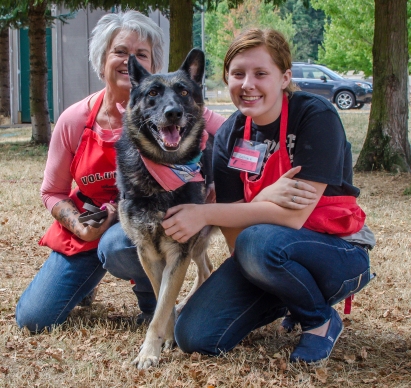