It was another stellar week for dog adoptions. All three of the dogs I wrote about last week—Batman, Coco, and Snoopy—were adopted. Also, our long-termer Scarlett found her forever home on Sunday and I was thrilled to be at the shelter to get this picture just before she went home. Can you tell she’s happy about finally finding her family?

I’m from Hawaii, but I’m ready to be an Oregon dog!

I had quite a few new dogs to take pictures of on Sunday, and one of the first ones I met was this big boy named Chevy. Chevy is a five-year-old Mountain Cur/Hound mix. He has a good history with other dogs and older kids. With his size and energy, he would not be good with small children. Chevy LOVES people, is playful and affectionate. I don’t know him well, yet, but Chevy has a great sense of humor and can’t wait to settle in a home in Oregon. Here he was Sunday with Daniel and Marianne, two of his new Oregon fans. 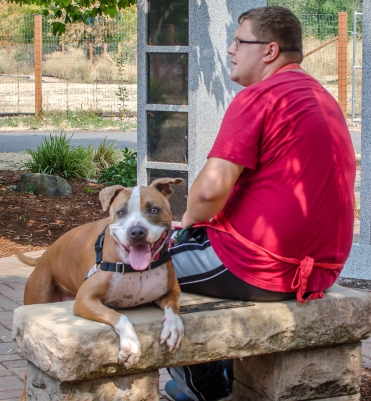 I’m quite shy at first meeting, but give me a little time and I’ll be your best friend.

Alice may be one of the funniest-looking dogs I’ve ever met, but her unusual appearance makes her all the more appealing. It’s like she couldn’t decide if she wanted to be a short-haired or a long-haired dog. She is a one-year-old Terrier mix who arrived at WHS from another shelter, so we don’t know her history. She was nervous when Marianne, Kelsey, and I took her out to a yard, but it wasn’t long before she was eagerly coming to each of us when called and enjoying munching on my cheese bits. Because of her handling shyness at first, she probably should not be in a home with small children. But for kids thirteen and up, or just adults who will give her time to gain some confidence, Alice will be such a delightful new family member! 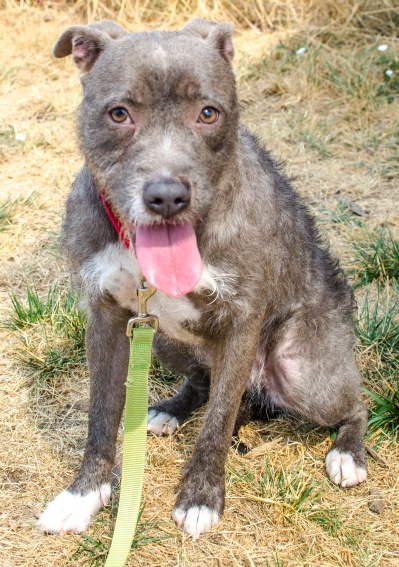 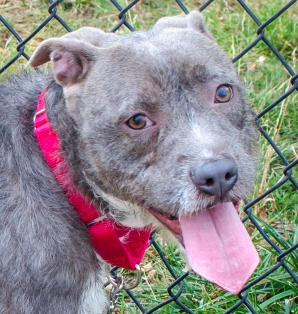 Marianne and I spent some quality time with Alice this afternoon. Here is her movie.

I was adopted once, but turns out I really shouldn’t live with cats. So, if yours is a feline-free zone, how about taking me home?

Lovey is a delightful senior mixed breed girl. She is about nine years old and sixty-five pounds. She came to us from our partnership with ASPCA, so we don’t know anything about her history, but her happy, loving personality comes through the minute she meets you. Lovey has the usual age-related issues, including being a bit stiff in her joints, so she won’t be a marathon runner. But she thoroughly enjoys walks around the neighborhood, then snoozing with her peeps at home. She would be fine with kids aged ten and up. So if you have a quiet retirement home without cats and are in need of a happy, eager, loving senior, here she is. Mona really enjoyed spending time with Lovey last week. 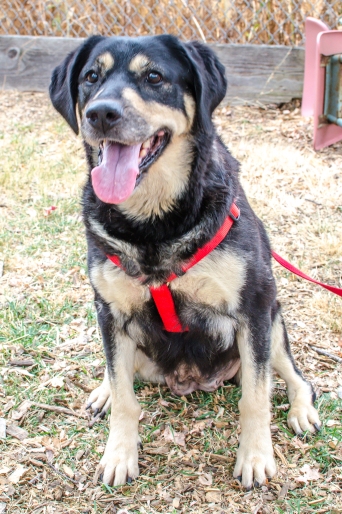 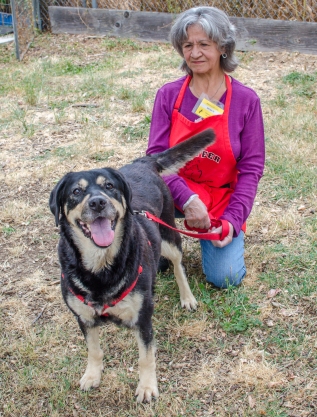 This is Tulip, a happy two-year-old American Staffordshire Terrier mix, here with Ayla, one of her biggest fans. 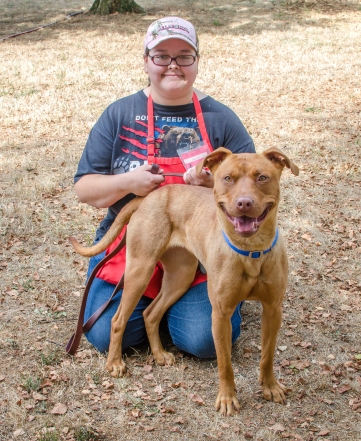 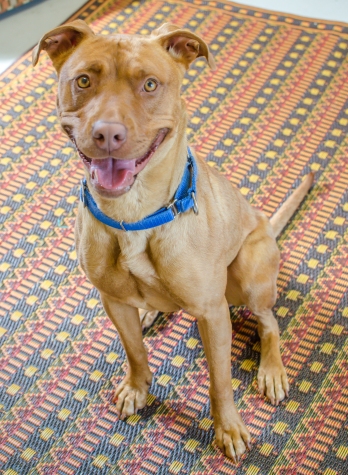 Meet Rocky, a one-year-old Chihuahua mix, hanging out with Marianne. 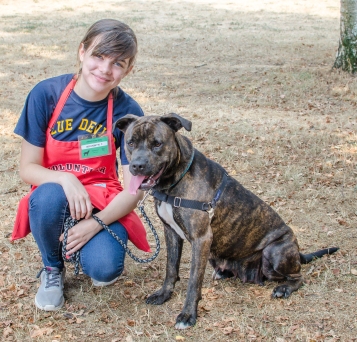 This is Elvee, a six-year-old Shepherd mix, here with Caroline. 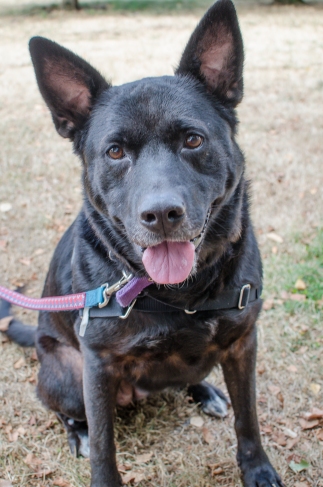 Durango is still waiting for just the right fit of a home. Here he was on Sunday with Linda. 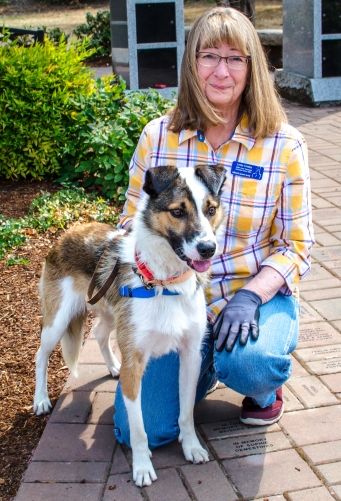 This little sweetheart won both Marianne and my hearts the moment we met her. This is Latte, a one-year-old Chihuahua mix.