When I walked into WHS on Sunday, I found another Shelter Story Time happening and so, of course, I had to take some pictures. Kids reading to our dogs is so good for everyone. It helps the kids become better readers and gives our dogs some valuable interaction and attention. 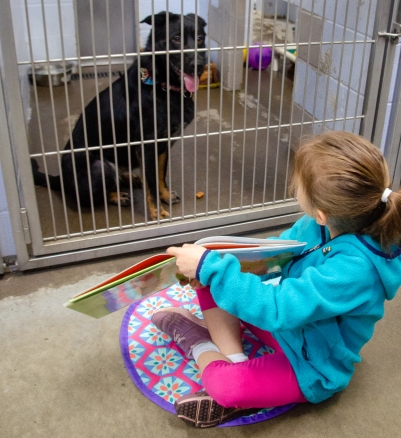 Swayze (Yes, he’s back. Details later in this post.) 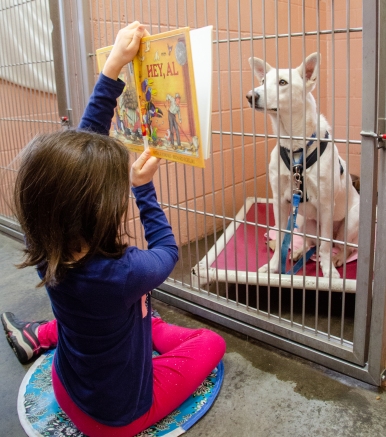 Are you a lover of Boxers? Have you always wished you had a Boxer for a pal? Well, I can grant your wish!

I had not spent any time with Walker since he was surrendered at the beginning of November, so decided we should get to know him on Sunday. 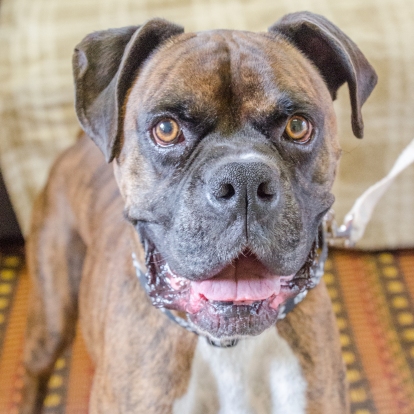 Walker is a five-year-old purebred Boxer looking for a dog-savvy and understanding family. He first arrived at WHS in February, 2015 as a very thin stray. He was adopted that March. However, he was picked up as a stray again last October and taken to Marion County Dog Shelter. His family was located and he was surrendered, then transferred to WHS. His family reported that he is house- and crate-trained, friendly, has lived with other dogs happily, but does not do well with cats. In full disclosure, Walker is an escape artist and will dig under a fence to go on adventures; so no unsupervised yard time for this boy. He was adopted again in late October, but returned when his new family found he can be a resource guarder of his food from people. Because of that, he will need to go home with older teens (fifteen and up) who will give him needed space when he is eating. Walker enjoys our playgroups and plays well with other dogs. He loves squishy toys. Megan, Ayla, Marianne, and I decided to take him into the big yard and let him play. We took an assortment of soft toys which he appreciated. And play he did! 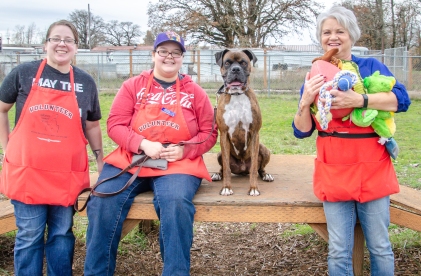 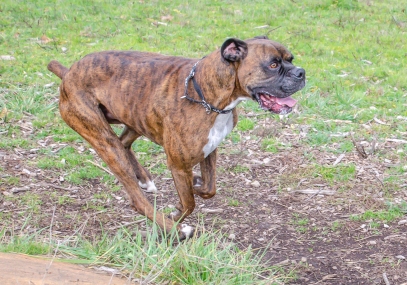 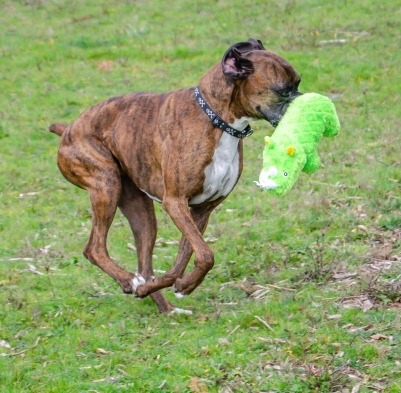 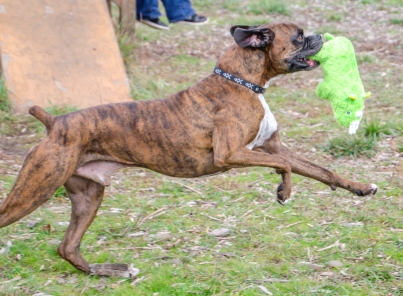 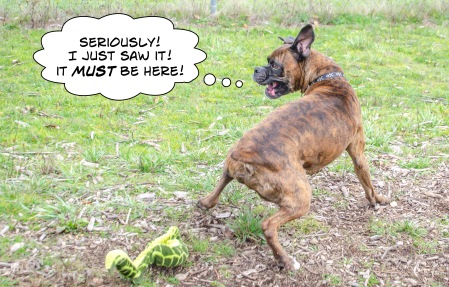 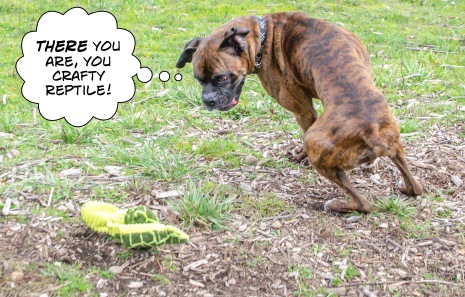 After some vigorous exercise, Walker was happy to settle down for some shots with his fans. 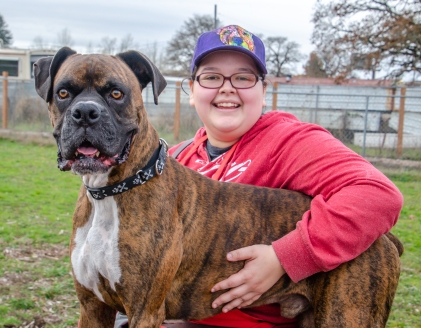 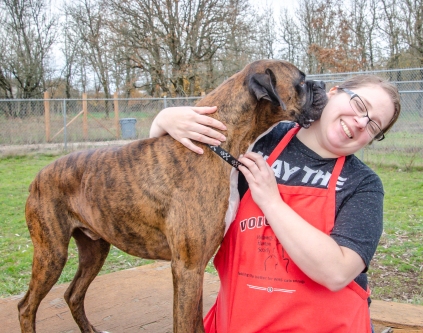 Then it was time to try him in Mary’s Place. We thought he would be tired from all his racing in the yard. We were wrong.

Walker has lots of energy and will need to go home with an active family. But while he can be jumpy and excited when at play, he will also settle down and relax when playtime is over. 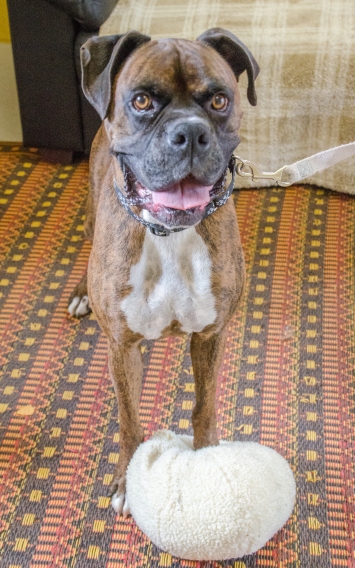 Walker is not the right dog for everyone, but he will make a wonderful pal for the right family. We’re hoping that family will find this clown of a dog very soon.

Bear is a five-year-old Pit Bull Terrier who is just about as sweet as any dog can be. His favorite thing to do is hang out with his people friends on the couch. He loved spending time with Ayla and Megan in Mary’s Place. Cuddle bug? Absolutely! 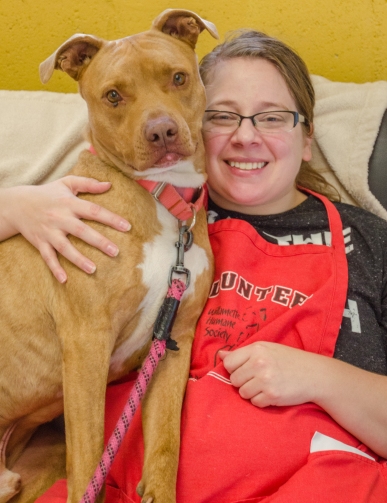 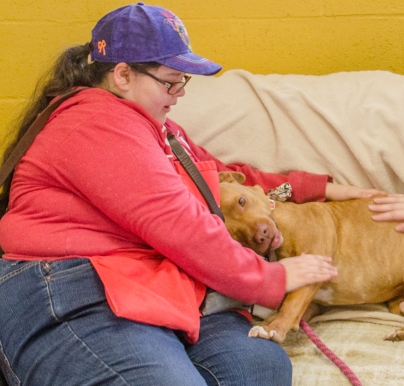 Bear was surrendered to WHS on October 24 after the death of his owner. I first met him soon after his arrival and felt so sorry for him because he was very fearful. He had lived with the same family since he was a puppy and had limited interaction with other dogs, so the shelter was intimidating for him. His family reported that Bear is “gentle, loves attention, and is a lap dog.” He is affectionate and enjoys going for hikes. He is house-trained. He can be anxious when left alone, so would do best in a home where there was someone around most of the time and where he is the only pet. Bear loves children and is rated for kids eight and older. 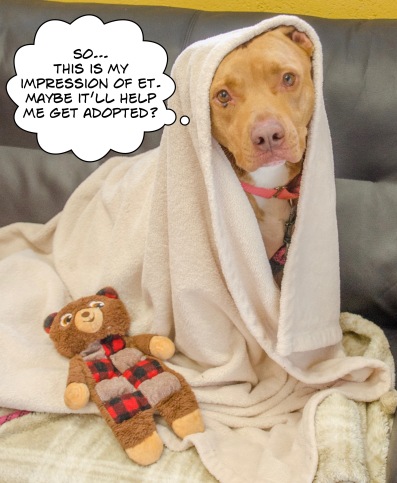 We had such a relaxed, fun time with Bear. When it was time for him to go back to his kennel, we decided to take a group shot. 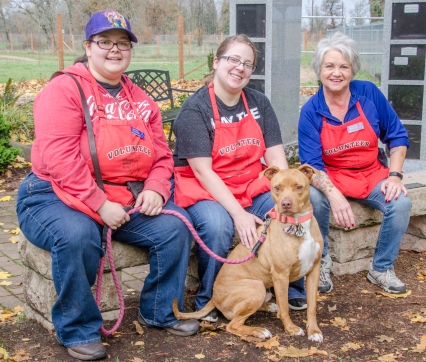 Then he wanted to tell Marianne something.

We are so hoping that Bear doesn’t have to wait much longer for his new family. He will make someone a perfect companion.

You may have heard that Swayze was adopted and returned yet once again. He was wonderful in the house, very well-behaved and enjoyed snuggling with his person, but the yard was surrounded by fenced yards with other dogs and Swayze had a hard time with barrier reactivity. But don’t think for a minute that Swayze isn’t getting lots of attention and adventures. Marianne and Ayla took him on another park adventure last week.

“Swayze was absolute perfection today. Squirrels? Interesting for a nanosecond then he moves on. Ducks? He’s been there, done that. Whatever. Two small dogs about 10 to 15 feet away? Looked and then kept walking. Couple of big dogs from about 20 feet away? Looked and kept walking. He was interested in a Boxer that was not friendly. She stared straight at him and was very stiff. He was very good until she got vocal and lunged from about 30 feet away. He barked and pulled slightly but was so easily directed back to the path. This boy is spectacular. His pace for the entire outing is what I would call meandering on loose leash while sniffing.” 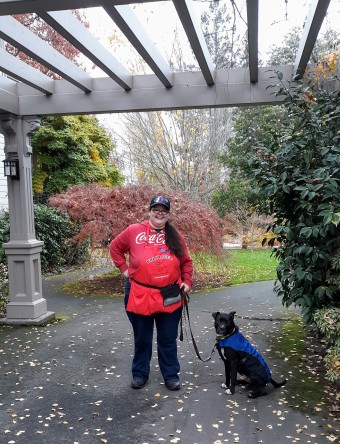 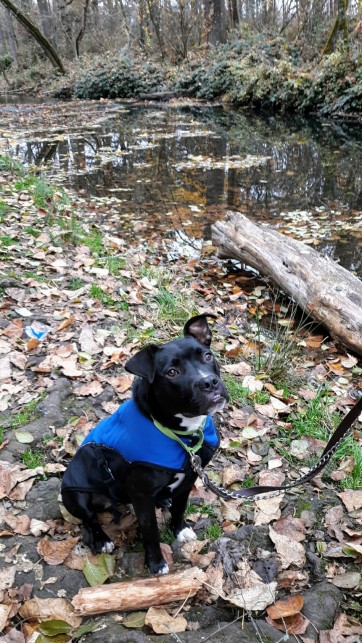 In case you are a first-time reader of my blog, here is a little background on our boy.

Swayze is an eleven-month-old pup, looking for a puppy-savvy family who has the time, energy and patience, using positive reward-based training, to continue to teach him the skills he needs.

Swayze came to us on June 3rd, a transfer from an over-crowded California shelter, where he had not received any training. After being returned several times, Swayze is now enrolled in our behavior training program. With some time and effort, Swayze will grow up to be a wonderful family companion. He is being shown by our training department. Please submit your adoption questionnaire and allow them to contact you for an appointment to meet him. You can fill out an application here. To read more about Swayze and see additional pictures of him, see last week’s blog post.

It was a beautiful morning in Salem and Marianne and I decided to take Swayze on another outing today to Bush Park and then stopped at Bentley’s Coffee for a Pupshake! We all had a wonderful time and Swayze was so relaxed. 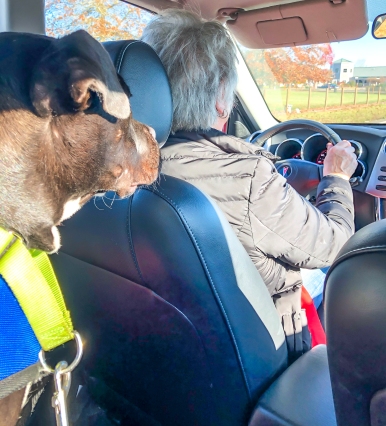 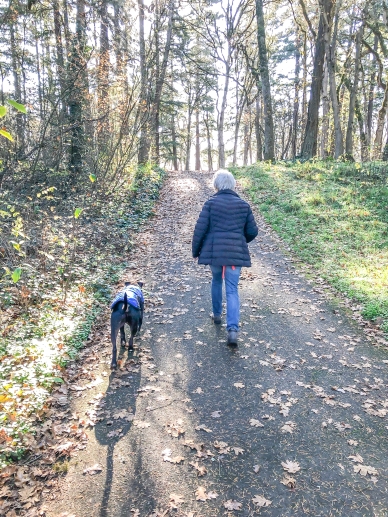 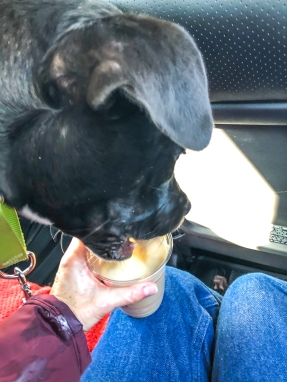 As usual, there were some “moments” during Sunday’s photo shoot.

Bear was so busy getting tummy rubs, he didn’t see how close he was to the edge of the couch and slid right off!

This one should have been a great shot of Walker leaping after a toy and catching it mid-air! 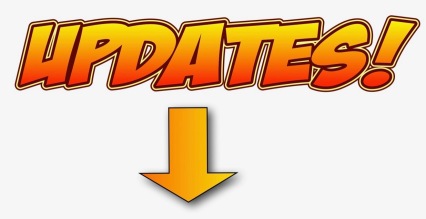 On a Sunday afternoon a few weeks ago, I happened to see a lady leaving a training class with her little dog. I asked her if the dog was a WHS alumna, and she was. I asked if I could take a picture and get an update, and she happily agreed. Bessie, now Roo, was adopted as a puppy on May 1, 2014. Here she was a couple of weeks ago. 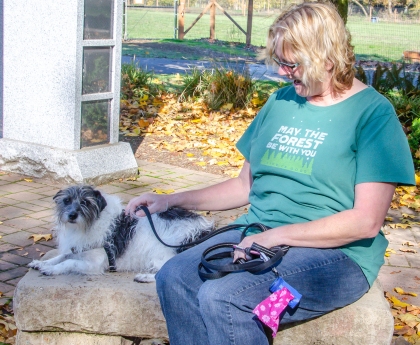 Here is what her person says about this little sweetheart:

“Roo loves everyone and most other dogs. She is always ready for the next adventure. Willow is another rescue dog, too. We go out on hikes. They love to run at the beach. My life would not be the same without my fur babies.” 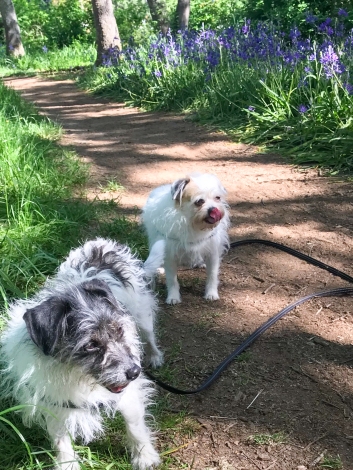 If you are a regular reader of my blog, you will remember our extremely shy boy, Hawk. I wrote about him many times. Here he was with one of his special shelter people, Jolene.

Hawk was transferred to us from a shelter in Alabama in March. He was extremely shy and fearful. Several volunteers devoted much time and effort trying to help Hawk adjust and were able to slowly win his trust. However, after six months, Hawk had not been adopted and it was decided to transfer him to a shelter which specializes in dogs with special needs. It wasn’t long before our boy was adopted! This week Jolene got the following wonderful update from his new family.

“My daughter and I had two dogs, Keet, a lab pit mix who was 10, and Luna, a springer spaniel mix who is 3.5. Keet passed away unexpectedly from what is believed to be an abdominal tumor the first week in October. We had rescued her at around 8 weeks old. It devastated our family.

While grieving, my daughter was extremely lonely and heartbroken and a friend suggested to just look at the adoption site for distractions and to remember how many dogs need homes and how great of a life Keet had.

Scrolling through the dogs that night, we saw Hawk. Although I was not ready for a new dog, I agreed to go meet him with the intention to only meet him. That is exactly what we did. We arrived at the shelter and waited for almost four hours to be able to take him for a walk and introduce him to our dog, Luna. Though he was skittish, he allowed us to walk him and grew more comfortable along the path. By the time we got back to the shelter, he allowed all of us to feed him treats from our hands and took turns sitting against and on top of each of us. We all agreed he was the one, and most of all my daughter agreed and did not want to leave without him.

Since we brought Hawk home, he has been inseparable from my daughter and adores his housemate, Luna. They play and snuggle and really have grown attached to each other. Hawk sleeps with my daughter at night, and Luna with me, and Luna waits at the door for Hawk to come out in the morning. He really has been a fantastic addition to our family. We’re still working through a few kinks, but he loves all of the soft beds, toys, treats, exercise and love. He’s become less startled and more confident. The last five-plus weeks he has really grown into his surroundings. He still has his kennel as his safe space and where he hangs when we are away, but he loves to be a part of the family. Attached are some pictures and video. I hope they lighten your heart to know he’s found a good home where he is loved and (mostly) understood.”

On that happy update, that’s it for this week! 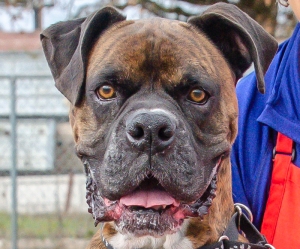