It’s been another week of COVID-19 appointment-only dog meets, but that hasn’t stopped five wonderful adoptions! We are so grateful that families continue to find their new best friends at WHS.

This was Pipper’s second time at WHS and at ten years old, she was ready for her retirement home and she got it! I already got an update which is at the end of this post. 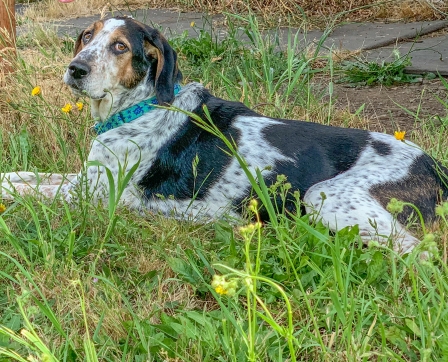 This beautiful boy got a wonderful new home. 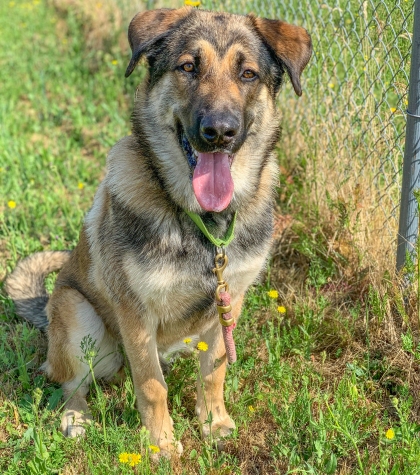 I already got an update from this sweet girl’s new family. It’s at the end of this post.

We were so excited when Marie was adopted and I’ve been promised an update soon. 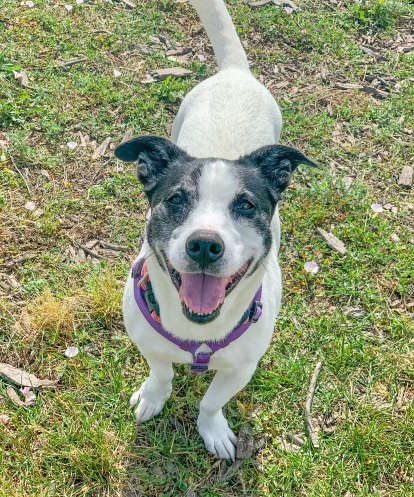 We were over the moon when our clown of a dog, Chip, was adopted. Here’s what WHS Trainer Nichole said about him: “Great news for this Sunday —Chip was adopted! He will be going home with a woman who is willing to give him all of her attention and training.” 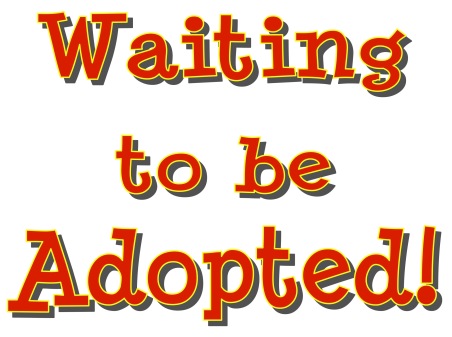 WHS is keeping people safe while continuing to match dogs and cats with their perfect fits of families. WHS is open for adoption appointments 10:00 – 3:00 every day.

To find out exactly how the adoption process works, click on the link below:

Adoptions Continue! But Your Patience Is Crucial

I promise I’ll be the best family dog EVER—as long as you keep the outside door closed!

Six-year-old Red is a 93-pound bundle of love just waiting for the right family.

Red was at WHS before, in 2015. He was adopted but recently surrendered because the youngest human member of the family kept leaving the outside door open. Normally that wouldn’t be a problem, but Red is embarrassed to admit to being a “door dasher.” If the door to the outside is open, Red is through it in a flash, so his new family will need to be vigilant about keeping doors closed.

Red’s former family had lots of good things to say about him. He is very social and loves to hang out with his peeps. He walks well on leash, except when he is excited, and then he tends to pull. He is house-trained and although he will bark at strangers at first, he then walks right up to them and is friendly. Red was fine when left loose in the house, never causing any destruction. He loves car rides. He has a good history with other dogs and is gentle with kids. He is careful not to knock them over and takes treats gently. He is rated for kids about eight and older. 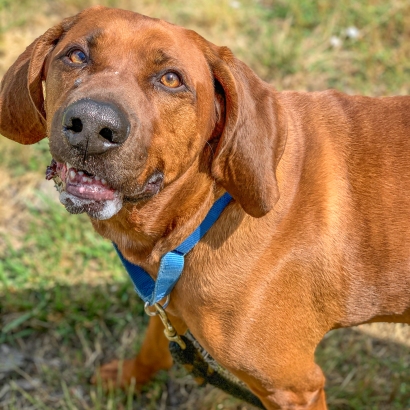 Red lived happily with another Hound in his former home and has done well in our shelter playgroups. Even though he is six, he still has lots of energy and enjoys rough and rowdy play as well as just mingling with his dog friends. He will need a family who will be able to give him plenty of exercise. 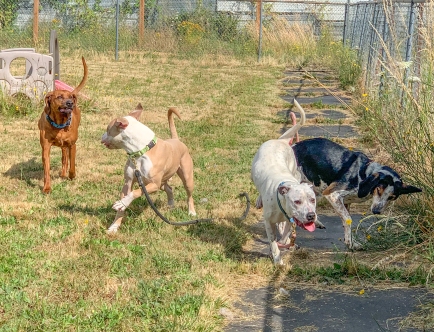 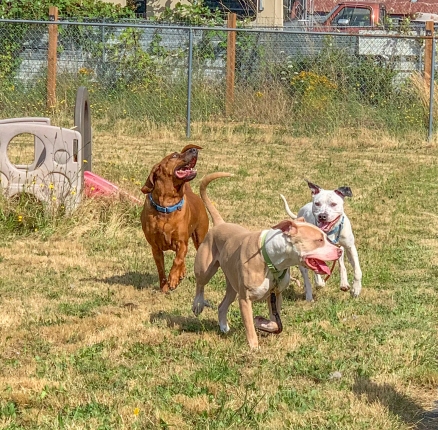 Red’s former family says that he is not handling-sensitive and will willingly let toys and food be taken from him. He is fine at the vet and doesn’t seem to be afraid of loud noises, etc.

Red is going to make some lucky family a wonderful companion. If he sounds like a perfect fit for yours, fill out the Adoption Questionnaire by clicking on the link “Ask About Red” under his picture on the WHS adoptable dog page found here: https://whs4pets.org/adopt-a-pet/dogs-2/

I’ve been here before, but this time I’m hoping to find my retirement home.

Named after the famous illusionist Houdini, our Houdini’s illusion is that he is a lap dog. Yep, all seventy pounds of him!

Houdini is a seven-year-old Pit Bull Terrier mix who originally came to WHS from an overcrowded California shelter in 2014. Here he was posing with then-volunteer Emelynn.

Houdini was adopted and much loved. He even attended training sessions at Petco with his family. Recently, however, he was surrendered to us because, now a senior with some age-related issues like arthritis, he is uncomfortable around small children in the home.

Houdini is still the friendly, treat-motivated, happy boy he always was. Staff intake wrote, “He kept lying on the ground and wagging his tail. We were able to vaccinate him with no problems. He got on the scale without any issue. He loves getting scratched and petted.”

In his former home, Houdini was “very snuggly” and followed the owner around the house. “If I sit down he will put his head on my knee.” He slept curled up on his person’s bed. Houdini loves to ride in the car and is crate- and house-trained. He scratched at the door when he needed to go out and was in his crate when left alone. Because he had a big back yard, Houdini did not go on a lot of walks, so is brushing up on his polite leash-walking skills at the shelter. Shelter staff have noted that he loves to roll in the grass while on a walk. And once he is tired, he lies down and wants to be done. However, “if he’s in the mood, a belly rub will recharge his battery for a short time before he lies down again.”

Houdini is wary of strangers, but once they are introduced, he is fine with them. He will need a feline-free home as he does not care for cats. He is rated for a family with kids fifteen and older due to his uneasiness around young children. Houdini does not like other dogs around his food, so will need a home where he is the only pet.

Houdini will be a wonderful companion for someone wanting a single pet who will be a devoted friend and a very large lap dog.

Due to some recent surgery at the shelter to remove some age-related growths, Houdini sported a fancy “cone” recently. He didn’t seem to mind it a bit.

Houdini will always be one of my all-time favorite shelter dogs.

Here he was this morning with WHS Trainer Jessi. She loves him, too!

If Houdini sounds like a perfect fit for you, fill out the Adoption Questionnaire by clicking on the link “Ask About Houdini” under his picture on the WHS adoptable dog page found here: https://whs4pets.org/adopt-a-pet/dogs-2/

I’m back. Are you a “Hound-savvy” person looking for a Hound of your own? We need to talk.

Jethro is in search of a hound-savvy family who wishes to adopt a young, eager, handsome Coonhound mix. He is two years old and seventy-six pounds of energy. He was adopted once, but it turns out that in his love for exploring, he will bolt out any open door to the outside and roam the neighborhood. He will need a family able to work with him on learning boundaries.

Jethro is all hound. His former family reports that he is affectionate, playful, and loves to run. He likes to be petted all over his body and especially enjoys ear scratches. He was surrendered the first time because his family did not have enough time to give him and were getting barking complaints.

Jethro would do best living in the country where he can be free to do what hounds do—howl and bark their excitement about being alive. Jethro is house-trained and paws at the door when he needs to go out. He is not a fan of riding in cars—he whines. He also doesn’t like to be in a crate, becoming very anxious when put in one. He loves kids but, because of his exuberance, he is rated for kids about thirteen and older. He is shy when meeting new people and in new situations. He can be especially uneasy around men until he gets to know them.

Jethro was overwhelmed when he arrived at the shelter. But he has been working with the training staff, is becoming less anxious, and has become one of their favorites. He loves romping with his shelter dog friends in playgroups. He takes corrections well from other dogs and is appropriate in his own corrections. Jethro is a hoot to watch giving other dogs play bows. He also likes to take a dip in the kiddie pool. He is dog-selective, and will need to meet any dog he would be living with. Because he is a Hound, he will need a feline-free home. 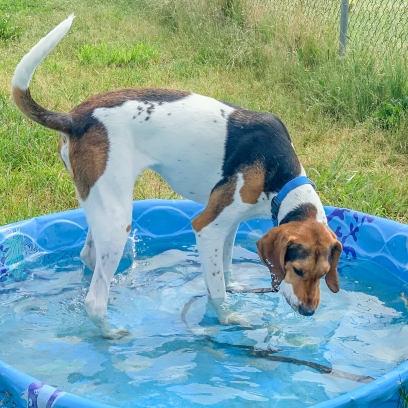 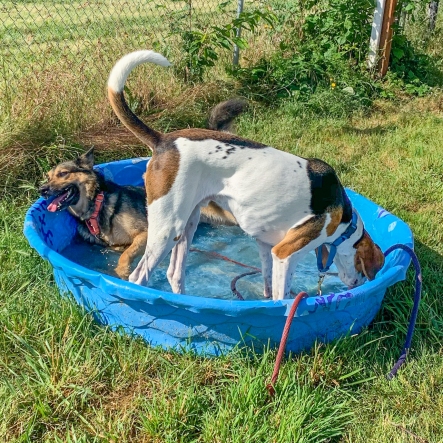 Jethro knows he needs to work on polite leash-walking—it’s just so hard when you are eager to see what’s around the next corner. But during his time at WHS using rewards-based training, he is trying to improve his impulse control, and as I mentioned before, diminish his love of dashing out an open door.

One of Jethro’s favorite things to do is explore the wooded back property of the shelter. WHS Trainer Nichole writes, “He loves to take long walks in the woods and to roll in the grass.” His long lanky legs make him a bit clumsy, but he doesn’t seem to notice.

WHS Trainer Nichole made this movie about Jethro.

So what is the ideal home for Jethro? He needs a Hound-savvy family who understands a Hound’s need to be vocal. He’d also like to have someone home most of the time, as he becomes worried and anxious when left alone. He would love a big fenced yard where he could romp and maybe a dog friend and older kids to play with. He needs a family who will give him attention, action, and time. In return he will give them his affection, loyalty, and many laughs—after all, he’s a Hound!

If Jethro sounds like a perfect fit for your family, fill out the Adoption Questionnaire by clicking on the link “Ask About Jethro” under his picture on the WHS adoptable dog page found here: https://whs4pets.org/adopt-a-pet/dogs-2/

Once again this week, I want to give a huge thank you to WHS Trainers Jessi and Nichole for their wonderful pictures for this post!

I was thrilled when I received two updates on dogs adopted just last week.

“Atari (formally known as Arya) is a very sweet girl. Yes, she gets a little scared of new people but warms up to everyone after a short period of time. She’s very loving and very smart when it comes to our training. I will enjoy her in my life and I can’t wait for what the future holds for us on any adventure we decide to go on. I’m very happy we are able to have her in our lives.”

“Piper, being older, is the most docile dog I have ever gotten. My cats were upset at first, one seemed to always be on guard sitting about 10 feet away and keeping watch on Piper. She was very quiet yesterday. Last night she slept on the floor at the foot of my bed. By late morning she started following me if I left the room and has since come to my chair standing there waiting for me to pet her. I have yet to have her lick me which I am anxiously awaiting.” 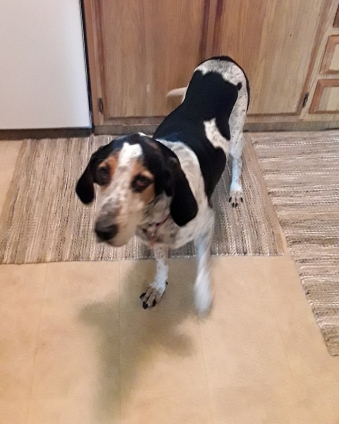 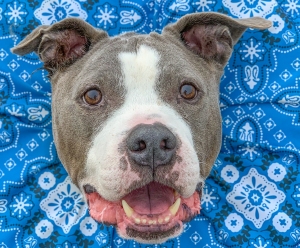