I want to start this post with an adoption story of one very special dog. Jovi arrived at the shelter in late summer. This is what I wrote about her in my August 15th post:

When I first met Jovi, it was actually her second time at WHS. She had been found as a stray in 2006, adopted, then surrendered in 2009. Jovi was adopted again shortly after I wrote about her. Now, nine years later, she is back. At twelve years old, she is an old lady with stiff joints and a gray muzzle, but she is still the loving, happy girl that she was in 2009. She will need some serious dental work before she can be adopted. We are hoping that her perfect retirement family will decide they want to adopt her, then foster her until she has her dental procedure, at which point the adoption will be finalized. Here she is with Marianne. 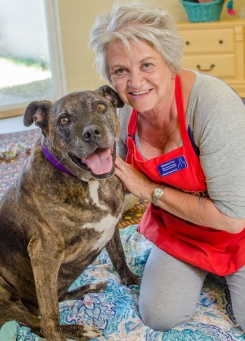 The day before Jovi was available for adoption, a couple had come to the shelter to see another dog. That dog proved to be too energized for them. They happened to mention that they wanted a calm dog, didn’t care about the age, to be a companion for them and their aging dog. I immediately thought about Jovi, but didn’t mention her to them, since she wasn’t adoptable yet. However, the next day when she did become available, I emailed the couple with pictures and Jovi’s story. I was thrilled when they instantly replied that they wanted to meet her. They met, the two old dogs liked each other, and they took Jovi home as a foster-to-adopt. Since then, they have waited eagerly for Jovi to have her dental surgery (12 teeth had to be extracted!) as well as a lump removed so that the adoption could be finalized. Jovi came through her surgery extremely well and yesterday she was officially adopted! Here are some pictures from the family of this extremely happily-ever-after story. 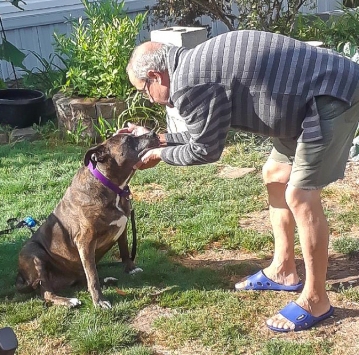 In additino to Jovi’s adoption, there was another special double adoption. Remember ten-year-old Edgar? We were thrilled when he was adopted several weeks ago and his new name is Peanut. 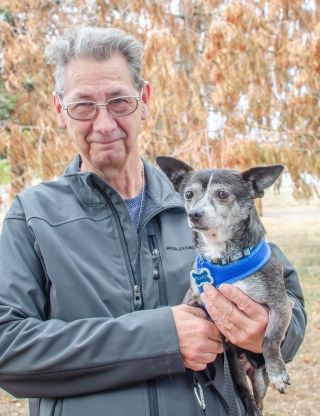 Then last week, the family returned and adopted seven-year-old Buddy, another shy little guy needing a big brother to help him be brave.

I’ve been here for a while and I’m pretty sure I’ll be the best dog you ever had if you give me a chance!

Marley is a one-year-old mixed breed young boy weighing in at 50 pounds of fun and energy who arrived at WHS in mid-August. From what we know of his first year of life, it sounds like he may have been passed around a lot which could be why he is shy and nervous when first meeting new people or visiting new places. In his early days at WHS, Marley was fearful and unsure of his surroundings. He was adopted once, but the new people were gone a lot and didn’t think it was fair to such a young and active dog to spend a lot of time in a crate, so returned him after only a week. Here he is with volunteer Christine. 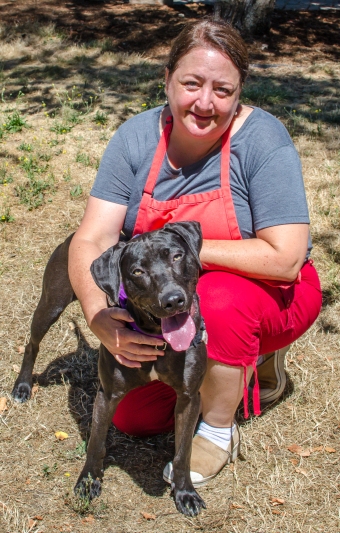 As the days passed, we learned more about Marley. He knows he needs to work on his leash-walking skills because, in his youthful excitement, he pulls. He has done very well with some dogs in playgroups, but can be too exuberant for others. While it may take some time for him to warm up and trust a person, once he does, he is a delight. Volunteers Linda and Jolene have taken him under their wings and thoroughly enjoy spending time with him. Here is what Linda says about their outings.

“Jolene and I have taken Marley out a few times to the recycling center and for coffee/muffins. When we return, we spend time in one of the yards drinking coffee while Marley self-entertains with whatever toys are in the yard. Though a little reluctant to get in the car, he is doing better with each trip. Noticed that he likes to use his nose, so tried him with some truffle scent training. He enjoyed the game and even shows a little promise with it. Last week we visited Geer Park. Lots of new smells and other than asking for leash manners when we were moving, I just let him nose around. He did great. Marley is very affectionate, attentive and cooperative. He enjoys the attention. But remember we carry treats and watch/reward for good behavior :)”

On Sunday I arrived at the shelter while Linda had Marley out for some bonding time. It was then that we realized the boy has a sense of humor!

Later in the afternoon Caroline and I took Marley into Mary’s Place to see if he would relax. Relax he did, and surprised us again with how calm and affectionate he becomes once he gets to know you. He’s what we call a “leaner” and snuggled up immediately with Caroline on the couch.

Marley is quite the clown!

Marley will make a wonderful addition for a family with older kids. He just needs a little time to get to know you and then he’ll become your best-ever friend.

Yes, I’m still here. I like my friends at the shelter, but I’m ready for a family of my own.

Carly is a four-year-old Retriever mix whom I’ve written about several times. She is a favorite of many at the shelter and has been waiting for her “just right” family since May 3. She has been adopted twice, but neither was the right fit for this girl. Carly is wonderful with people and most dogs, though she seems to prefer calmer dogs who are not rough and rowdy. Because she can be picky at times, she will need to meet any potential dog siblings. Carly is house-trained and loves treats (especially cheese) and loves to learn new skills. She will need a feline-free home (cats are too much fun to chase) and a fenced yard, five feet or higher. Carly would not be a good apartment dog. She needs a family with older teenage kids, as she can be quite exuberant. Since she can become anxious if there is a lot of activity outside the house, a quiet, more rural area would be ideal for this sweet girl. She wants nothing more than to be around her peeps.

Carly’s movie that I made has been viewed over 400 times, but the perfect family fit for Carly has not found her yet. So on Sunday Caroline, Marianne and I decided to take her out to the big yard for some new pictures. She loved it and happily posed. 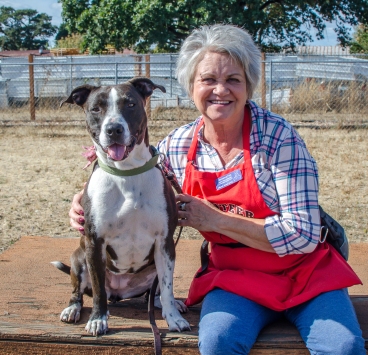 Yep, this is me sans hat! Hair is growing back slowly. Carly didn’t care that my hair is so short. 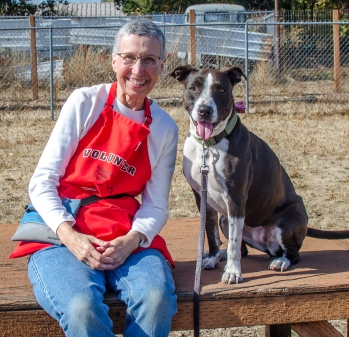 And there’s nothing like a good roll in the dirt!

Carly was one of three shelter dogs selected to visit Bentley’s Coffee on September 16th. During the afternoon the dogs were there, cups of coffee were sold for $1 per cup and all of that money was donated to WHS. All told, the team raised more than $1,700 for our shelter! Carly had a great time. 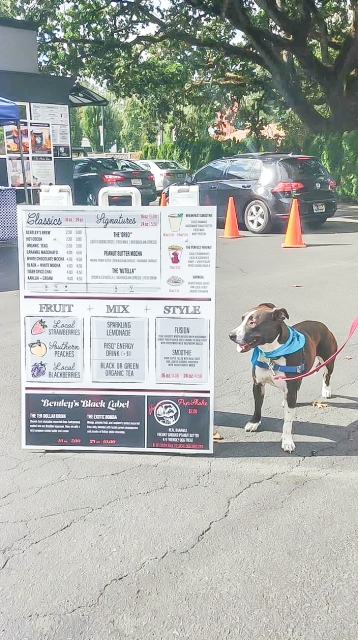 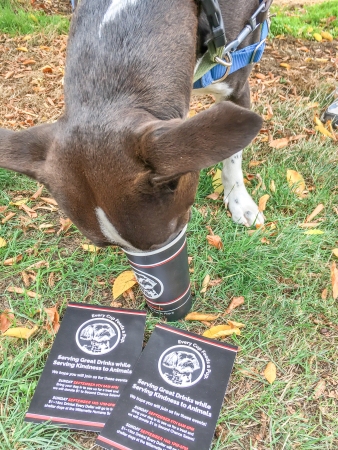 We know the right family is out there for our Carly. We just have to find them.

In case you’re new to my website, here is Carly’s movie once again.

I’m not as big as a lot of the dogs here, but I have a big heart for my peeps!

Meet Rocky, a big dog in a small body. Rocky is a four-year-old Miniature Pinscher/Chihuahua mix. He was surrendered because he was not getting along with the other dogs in the home, making it obvious he wants to be an only dog. He also doesn’t care for cats. Rocky is more of a people dog and is quite the lap dog. He will need to go to a home with older teenage kids, as he is somewhat shy and can be startled by loud noises. He also takes a little bit of time to feel comfortable with new people. The first time Marianne and I met him, he was nervous and worried, but did like Marianne’s treats.

On Sunday we took him into Mary’s Place and he relaxed some, but still had a worried expression. 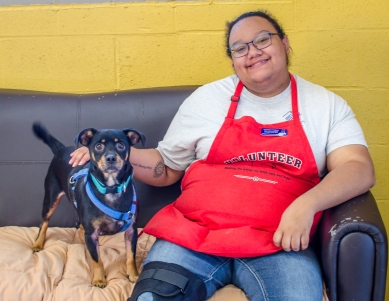 We’re hoping this little guy won’t be at the shelter for very long, as it seems stressful to him. He’ll be a great little companion for someone who can give him some time, understanding, and love.

Besides Carly, Todd and Hoagie got to spend the afternoon at Bentley’s Coffee, too!

Todd is a three-year old Retriever mix. You can read about this wonderful boy in depth in last week’s post.

Hoagie has been waiting for his perfect fit of a person for a long time. He is a three-year-old Retriever mix and part of our Behavior and Training Team.

Here he is with one of his favorite shelter people, Francis.

Piglet is a two-year-old American Staffordshire Terrier mix who is such a hoot. I wasn’t sure her name fit until I heard her snort! Here she is with Marianne. 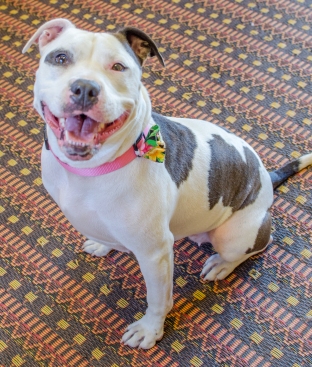 Bandit is an eight-month-old German Shepherd mix, here with Christine. 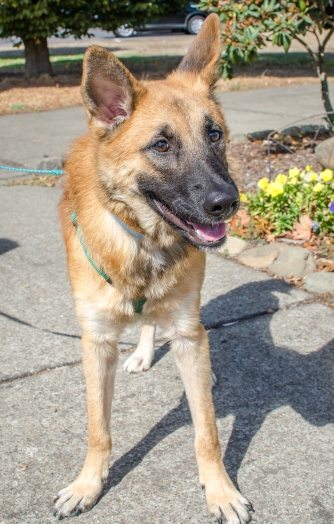 Drake is a one-year-old mixed breed boy who has Marianne wrapped around his big paw! This is what she says about him: “Drake is very smart and while he is still somewhat puppy-like, he is amazingly calm for a dog his age. He will make a wonderful companion for just about anyone. Very affectionate and goofy!” 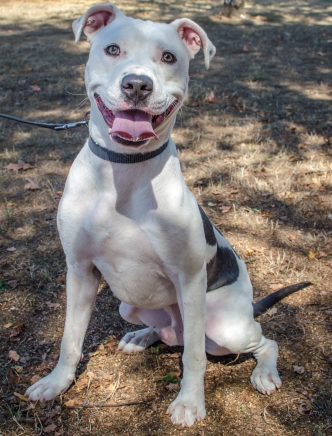 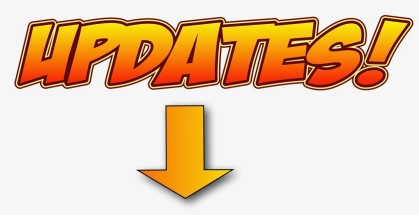 Last week I got a surprise notice that there was a comment on my YouTube channel about the movie I’d made a year ago about Duke. The comment was from Duke’s adopter! He wrote: “I adopted this dog and he is the sweetest boy ever. His name is Quilo.” I immediately emailed and asked for an update. It came the next day.

Here was Duke at WHS during his movie filming. And here is the terrific update!

“We adopted him on 11/1217, almost a year! He’s a very good boy!! Loves rolling in the grass, running at the dog park, and being a cuddler at home. Could not have asked for a better dog. Thank you for taking care of him for us! The first picture we took @ WHS. You can see the look on my girlfriend’s face saying ‘this is the one! Can we we have him please?'” 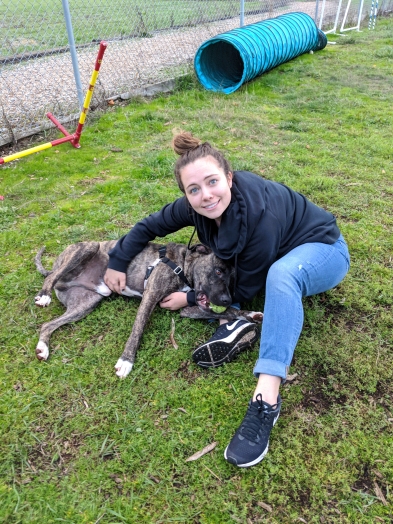 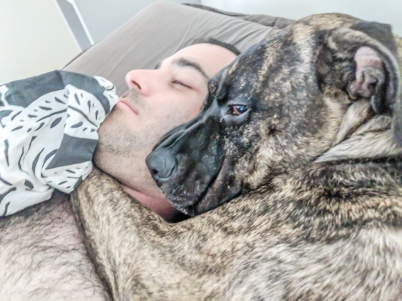 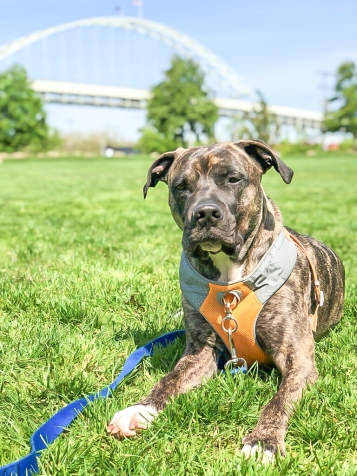 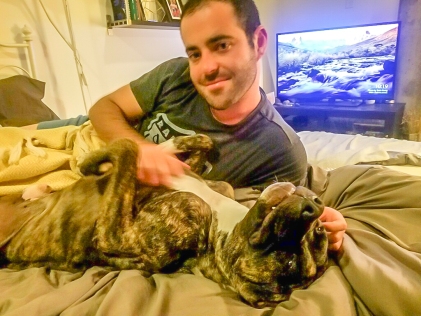 On that very happy note, that’s it for this week!