On this evening before Thanksgiving, the WHS dogs wanted to do something special. They wanted to express in their own words what they are thankful for. How could I say no? 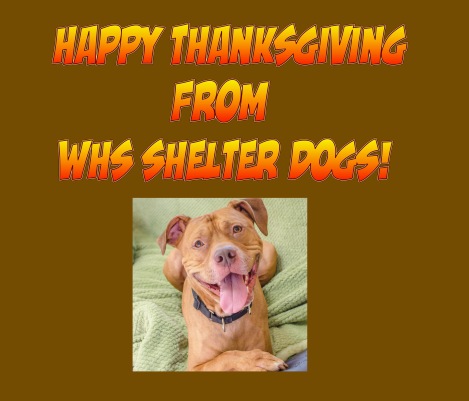 Heidi is a two-year-old German Shepherd mix. She is smart, athletic, and an eager learner with a sensitive soul.

Harley is a five-year-old American Staffordshire Terrier mix who LOVES to play fetch! 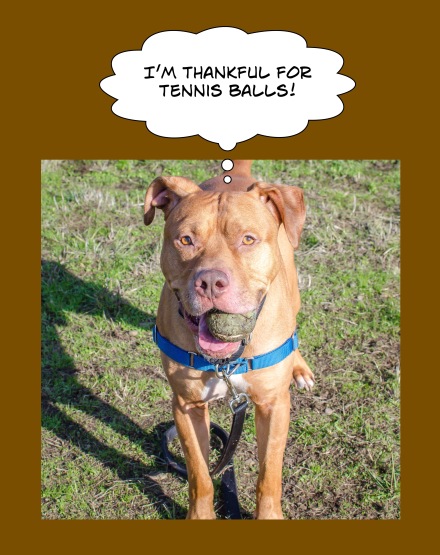 Adopted! Junior wasn’t at the shelter long, but he was such a character!

Rascal is an almost-two-year-old American Staffordshire Terrier mix who is currently in a foster home waiting for his perfect fit of a person.

Pre-adopted! Linus will go home after he is neutered. What a fun, goofy dog he is! 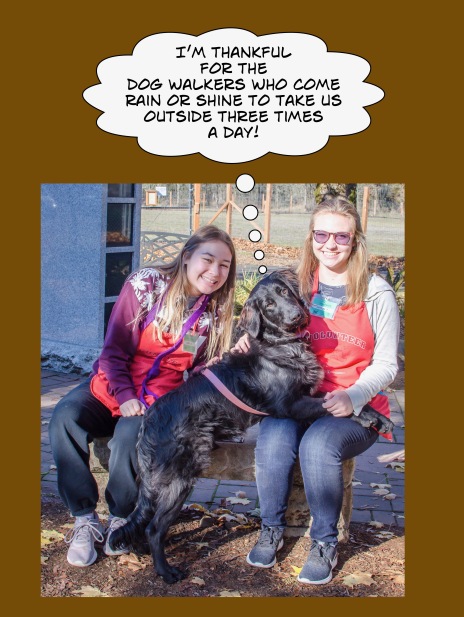 Romeo is a thirteen-year-old Shih Tzu mix who is hanging out at Marianne’s house for a few days.

Adopted! Squeaky is having his first Thanksgiving in his forever home. What a hoot this dog is!

Hoagie is a three-year-old Retriever mix who is still waiting for his perfect fit of a family.

Brinx is a timid, five-year-old American Pit Bull Terrier mix who has improved so much in being brave since arriving at WHS.

Sophie is a seven-year-old Retriever mix who has learned so much staying at trainer Karla’s house until she finds her forever home.

Hank is a two-year-old mixed-breed boy who has been working hard with our Behavior and Training team.

Adopted! Carly has been waiting so long for her new family. She went home on Monday! 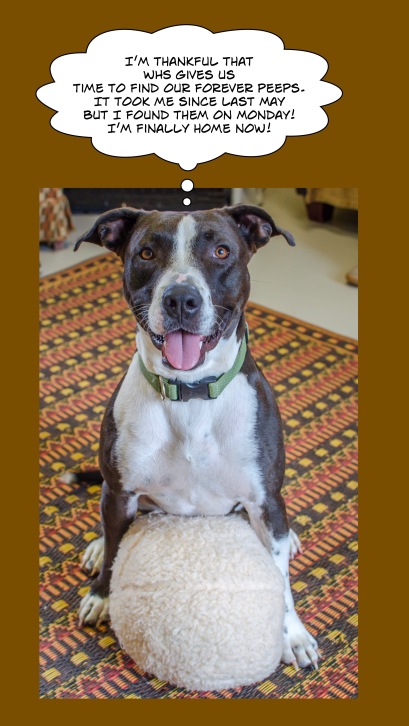 Adopted! I was thrilled that I was at WHS on Sunday when Riley left with her new peeps! And we’ve already received an update which is at the bottom of this post.

Adopted! One of the best-ever adoption stories happened when Gizmo and Jersey, twelve-year-old seniors, went home.

Satchi asked for one more picture. How long is forever?

I want to add one last thing to this Thanksgiving post. There are so many kinds of dog adopters—those who want a young dog, a big dog, a small dog, an active dog—and the list goes on. Then there are those very special adopters who open up their homes and hearts to a hospice dog. We’re hoping that one of those special adopters will see this post.

Romeo is a thirteen-year-old Shih Tzu mix. He has kidney disease, so is a hospice adoption. We don’t know how long this sweet boy has left, could be less than a year. He feels fine right now and has an affectionate and spunky personality. He does fine with other dogs and CATS! Let’s find this boy his forever home, however long forever may be.

Romeo is spending a few days at volunteer Marianne’s house. She sent me his story and some pictures. Here’s hoping he will find his forever loving home very soon.

“Sweet Romeo! He is now available for adoption and will stay with me for a while. Unless, of course, someone adopts out of my house. This little guy is so sweet and will make a wonderful companion for someone who is home a lot. He wants nothing more than to be close to his people. He is fine with dogs and cats but would be perfectly happy being an only dog. Romeo is considered to be what we call a hospice adoption. He has kidney disease and doesn’t have lots of time left. He could live as long as a year or it could be less. Right now he feels great. He has energy and has the funniest personality. He has lots of spunk and loves to prance around in the backyard. He gets cold easily so he really just loves to cuddle with blankets. He may require a special diet or some additional medical intervention down the road, but right now he’s really low maintenance other than needing frequent trips outside to potty. If you know anyone, please direct them to the Willamette Humane Society for information on adopting him. He’s a treasure who deserves to be treated like a king for however long he has left.” 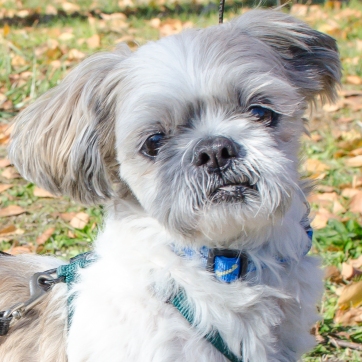 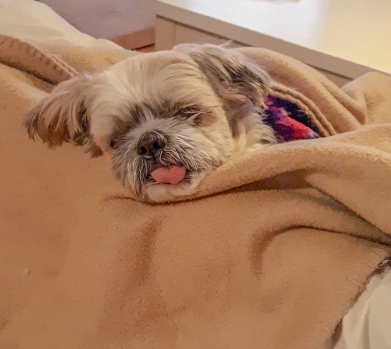 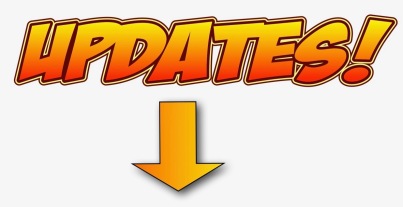 I was thrilled to get this wonderful update from Riley’s new family already!

“Riley is fitting in so great! It’s as if she has always been with us. She loves to go feed my herd of goats with me in the evenings and then play fetch with the ball in the big pasture afterwards.” 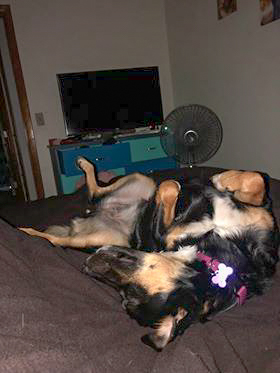 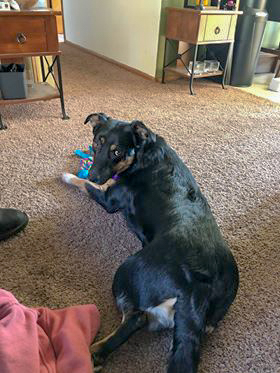 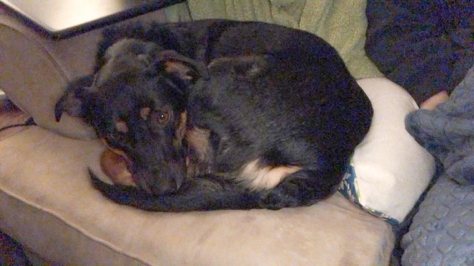 Happy Thanksgiving, everyone! My cousin is coming for a visit this week, so I won’t be writing a post next week. I’ll see you again on December 5.